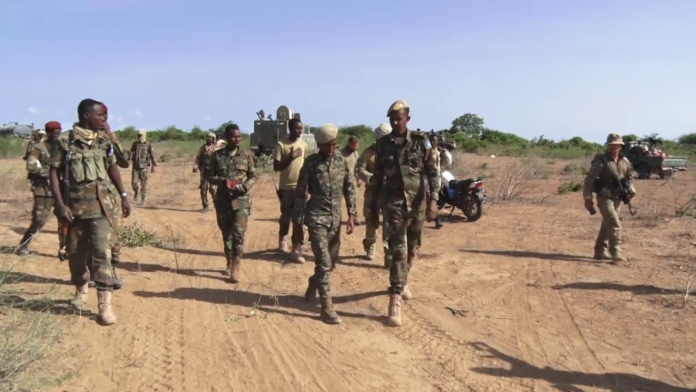 The attack took place in Daynunay town, some 25 kilometers (16 miles) south of Baidoa city, the administrative capital of Southwest State.

“On Saturday, fighters belonging to terrorist group al-Shabaab attacked our base in Daynunay. I can confirm that two soldiers were killed two others wounded in the attack,” Ibrahim Khayre, a military official in Baidoa, told Anadolu Agency over the phone.

Khayre said that the military responded and killed at least four al-Shabaab militants.

According to local media reports, Somali government forces have regained the control of the military base after al-Shabaab militants initially overran it.

Separately, Somali National Army (SNA) said in a Twitter post that they have killed four al-Shabaab militants and wounded two others in Cel Salin, a small village located in Lower Shabelle region.

On Aug. 4, Somali special forces, including units graduated from Turkey’s largest overseas military base in Somali capital, supported by AMISOM liberated the strategic agricultural town of Awdhegle from al-Shabaab.