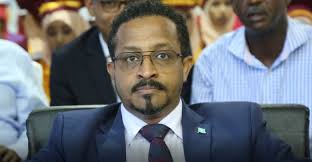 The deputy minister of health for Somalian authority in Mogadishu has welcomed Saudi’s move to block vessel carrying livestock to be unloaded at Jiddah port. The Saudi authorities have made an excuse that the vessel which left from Berbera port in Somaliland did not have medical certification issued by the frail gov installed in Somalia’s war torn capital, Mogadishu. The assistant health minister for Somalia’s Federal Gov, Mr. Mohamed Said Abdilahi has expressed his happiness over the Saudi Arabian gov which blocked the commercial cargo ships carrying livestock for the consumption of pilgrimage during Hajj time. The minister said that we, the Somalian Federal Gov is welcoming the move taken by Saudi Arabia. He further stated that we not only laud Saudi’s recognition of Somalian gov as the legitimate gov that will represent Somalian populace. He also noted that engaging with Somali Federal Gov in order to protect the unity and sovereignty of Somalia. This has made clear that Somalian Federal Gov has a deep hatred for Somaliland community. The decision of Saudi Arabia to block livestock export from Somaliland sparked a public outcry in Somaliland.