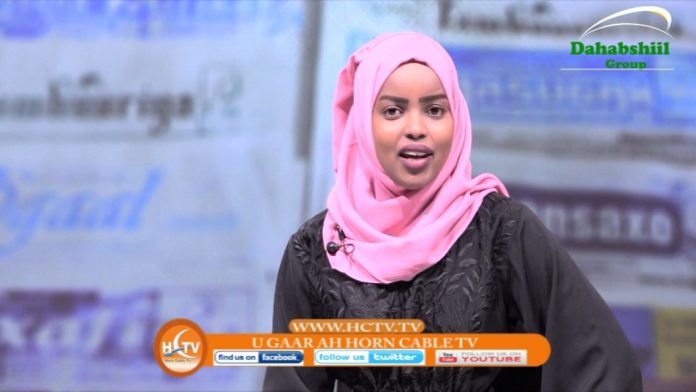 Somaliland Journalists Association (SOLJA) has strongly condemned with the strongest possible terms of police brutality subjected to female reporter by the name of Ms. Sagal Beeldeeq and her cameraman Mr. Ridwan Husein. The reporter has sustained injuries over her face due to the brutal beating of police who was on duty and was working for Hargeisa municipality. The police officer also breaks the camera and the duo reporters were detained in New Hargeisa police station. The police stopped the two journalists who were filming a story in downtown and asked them to show their identity cards and later refused to let them proceed with their coverage. Solja has condemned with the strongest possible terms police cruelty after police officer also took the camera from two journalists once they were covering a story on the court hearing of released poet by the name of Abdirahman Abees. The incident took place at the Hargeisa regional court on the 25th of Feb. 2019. Mr. Hamse Hirsi Hayd and his cameraman Mr. Sayid Farah Burale were working for the East Africa Television. The Journalist Association in Somaliland has also denounced with the strongest possible terms the arrest of Eryal television reporter, Mr. Mukhtar Nuh on the 25th of Feb.2019.

He was arrested by police officers in Gebiley. The police has not revealed the reason for his detention. According to the pres release issued by Solja sees the above narrated incidents as illegal which is against the state’s constitutional laws and has become a recurring problem which the gov’t has not refrained from as far as media freedom is concerned. SOLJA has sent a plea to government officials to stop harassment of the media in Somaliland and further urged to refrain from all acts that undermine  the freedom of the press in Somaliland. Solja does not see that the best way forward is not to illegally detain journalists on daily day basis but called on government officials to follow the legal means to justice.