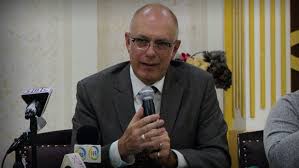 Eight months after Somaliland’s presidential election, and five months after we launched our final report in London, we are delighted to be back in Hargeisa to finally present our findings in Somaliland itself, at the joyous occasion of yet another Hargeisa International Book Fair. This opportunity allows us to reflect on the poll and aftermath, and to look forward to the next step on Somaliland’s political journey—the long-delayed parliamentary election scheduled for 2019.

Sadly, we must also take the time to address a damaging sequence of events.

We have been following recent events closely, including the release of the YouTube video entitled Baadi Goob and the press conference organised on behalf of the Waddani party on 24th June 2018 and subsequent statements from the party; each associated with the clan conference held in Gacan Libaax, Somaliland.

The IEOM – present in Somaliland at the invitation of the National Electoral Commission (NEC) – deplore the irresponsibility of the false accusations that have been directed at us, and others. We have become increasingly concerned at the wide range of people and organisations that have been targeted.

We note with great concern that the accusations are generally incoherent and lack meaningful substantiation. What is presented as evidence in relation to the IEOM specifically is signally lacking in relevance to the accusations themselves.

We reiterate, as we have done on numerous occasions, that the IEOM has remained committed throughout to impartiality above all, and we took great steps to ensure that individuals who were associated with strong political perspectives in Somaliland were not included as observers. We were consequently forced to exclude a number of individuals, including some associated with each of the largest two Somaliland political parties. Those decisions took place before the NEC issued us with an instruction stating that they would not accredit Somali observers as part of the international team.

The IEOM team itself made decisions associated with observer selection and deployment, though naturally listened to the advice offered by the NEC, Somaliland police, and others in a position to offer input. In all cases, it was our task to decide what to do with that information. For example, we had to decide how to react to the NEC’s decision not to accredit Somalis as international observers, and we acted in the most ethical manner we could, allowing those individuals to travel on the airfares booked for them as observers even though they could not be accredited as such. Decisions such as that were difficult, but observer selection was ours alone. Observer accreditation will always be the responsibility of the NEC.

Elections, and politics in general, are inevitably fraught occasions, in which some of those with expectations of success fail to achieve their objectives. We fully understand the frustrations associated with political loss.

However, the act of accusing a wide range of actors in civil society and in public positions has the effect of undermining the very system of Somaliland, and therefore Somaliland itself. The clear appearance is of a group who wishes to blame anyone but themselves for their failure to achieve their goals.

We reiterate the findings we have presented in our reporting, press statements and public events. The 2017 Presidential election in Somaliland was not perfect. There were a number of issues that could be improved in future, and we elaborate on those in our final report and other releases. Nevertheless, the election was largely impressively well-run. Our analysis strongly indicates to us that whatever irregularities and flaws existed did not systematically favour one party over another, and consequently did not compromise the result itself.

We call on all political actors, for the good of Somaliland and its people, to act with maturity and refrain from indiscriminate and poorly evidenced accusations and claims.

Most of all, we look forward to 2019, and urge all actors to work towards the election taking place as scheduled. We hope, should we once again be honoured to be invited, to be part of a successful mission to observe a successful poll.