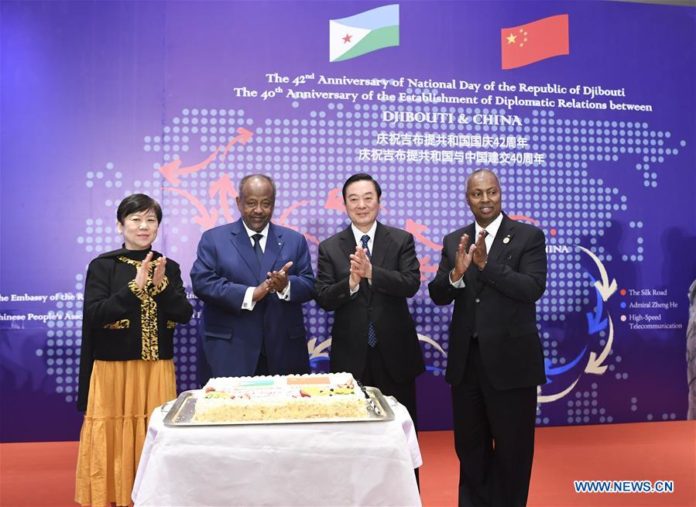 Liu Qibao (2nd R), vice chairman of the National Committee of the Chinese People’s Political Consultative Conference (CPPCC), and Djibouti’s President Ismail Omar Guelleh (2nd L) attend a reception celebrating the 40th anniversary of the establishment of diplomatic relations between China and Djibouti, and the 42nd anniversary of National Day of Djibouti in Beijing, capital of China, April 25, 2019. (Xinhua/Yin Bogu)