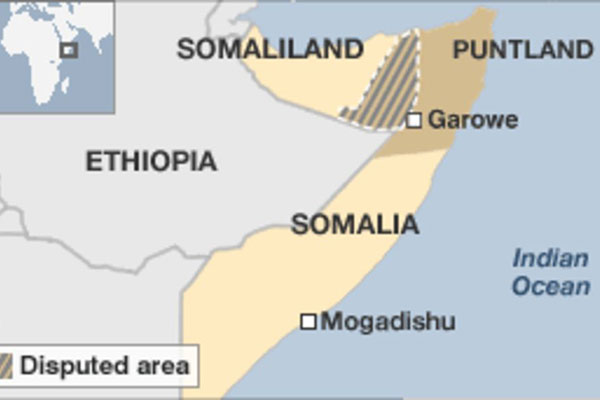 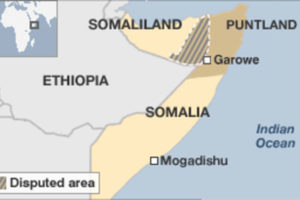 Somalia’s semiautonomous Puntland says it will not negotiate with the self-declared republic of Somaliland over their disputed border.

The two regions in northern Somalia have been locked in a standoff over control of Sool and Sanaag areas for nearly three decades.

The land stretches from the Gulf of Aden to the Ethiopian border.

“There is no way we will negotiate with an aggressor. We can only talk to Somaliland if its army retreats from territories that belong to Puntland,” said Abdullahi Ali Hersi, Puntland’s Interior minister.

“We have received instruction from the president of Puntland (Dr Abdiweli Ali Gaas) to wage liberation war,” he added while addressing the media in the capital Garowe on Sunday.

The territorial dispute escalated in January this year after Somaliland forces took control of Tukarag town in Sool. In the ensuing fight, dozens among them soldiers died on both sides.

Backing the call for war, Puntland’s Information minister Abdi Hersi Ali Qarjab said: “Somaliland did not adhere to our warnings to retreat its forces from the lands that do not belong to it.”

A United Nations and Intergovernmental Authority on Development (Igad)-backed mediation team is reported to have held talks with both sides but no progress seems to have been made as the two states take hardline stances.

Somaliland declared independence from Somalia in 1991 but is yet to get global acceptance.

A member of the Somaliland parliament, responding to the war threat claimed the disputed areas were part of the former British Somaliland Protectorate.

He added that Somaliland forces will retaliate if Puntland initiates fighting.

Puntland was established as a semiautonomous authority in 1998, but remains a member state of the Mogadishu-based federal government of Somalia.

Somalia’s President Mohamed Abdullahi Farmajo has been urging elders and civil society groups to mediate between the two states and end the violence.