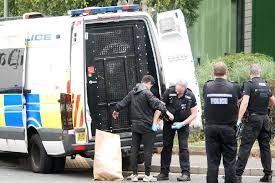 TAXPAYERS are being forced to stump up an extra £1m a year to look after refugee children as immigration chiefs continue to snub Portsmouth’s pleas for extra help. Furious city politicians have taken aim at Westminster and neighbouring authorities for failing to support Portsmouth, which is caring for ‘more than three times’ the number of unaccompanied asylum-seeking children than it should.

At the moment, Portsmouth City Council is looking after 98 children from war-torn countries like Syria and Somalia. Under government recommendations it should only be looking after 31. The extra numbers are causing costs within the council’s children’s services to soar, with an estimated £1m overspend due to asylum-seeking children alone.

However, Portsmouth council leader, Councillor Gerald Vernon-Jackson lashed out, saying the other authorities were still ‘failing to do their part’, in a move he said was straining the island’s foster services. ‘The whole situation is very infuriating,’ said the Lib Dem leader. ‘We’re working hard on this but this is something that has been going on for several years now.

‘The extra costs will be £1m a year – that’s something that council taxpayers are going to have to find. ‘We’re looking after three times the number of children we should be while council elsewhere aren’t taking nearly their fair share.’ Immigration minister Caroline Nokes who has come under fire from politicians in Portsmouth.

On Friday, Cllr Vernon-Jackson reached out to the city’s Muslim community, appealing for leaders at Portsmouth’s mosques to rally and offer homes to young Muslim refugees. Meanwhile, Stephen Morgan, Portsmouth South MP, has said his calls for a meeting with immigration minister Caroline Nokes have fallen on deaf ears.

The city Labour leader has also been calling on the minister – who is the Romsey and Southampton North MP – to stump up extra cash for the city.

It comes as Mr Morgan claimed additional fees to pay social workers to support the young asylum seekers was hitting £627,000. Without the additional cash, Mr Morgan warned children would not get the ‘care and support’ they desperately needed. He said: ‘These are some of the most vulnerable people we have in Portsmouth. Not only are they refugees who have fled violence, destruction and war, they are also children. ‘It does not do this great country justice that we cannot provide them with the care and support they need.

‘As it stands, caregivers who work for the council are under excess strain, the young and vulnerable refugees are losing out on the care they need, and Portsmouth is being forced to pay money out of its coffers which it doesn’t have.’ Ms Nokes said a funding review, started in July 2017, was still being looked at and that no additional cash would be given until that was completed. Ms Nokes added: ‘There are tough choices which need to be considered in the wider context of fiscal pressures the Home Office is also facing. It is right that time is taken to get these decisions right.’