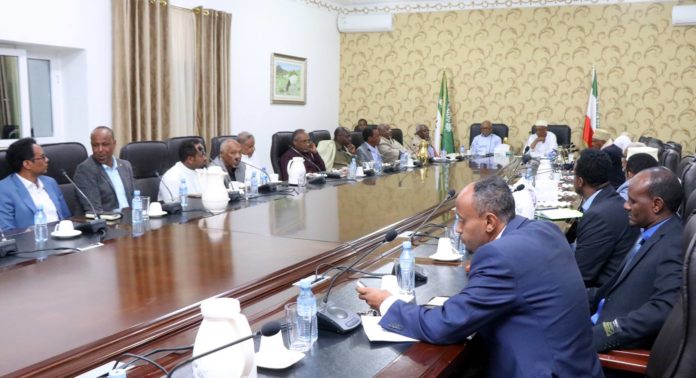 The representatives of various political parties in Somaliland yesterday met at the presidential palace, discussed issues pertaining to the upcoming elections and the future of the national electoral commission which is at stake.

The president presided over the meeting where the members talked about the uncertainty of NEC members and the formation of new members who will replace the current NEC members as their mandate is about to expire before the end of this year.

Wadani opposition party put forward its stance which is to disband the current NEC members and further called that the would be formed NEC members should be 9 in contrast to the current 7 members.

The Justice and Welfare party urged the stakeholders to make comprise so that the country gears up for the upcoming elections.

The incumbent Somaliland president said that he remained ready to do all the things that will make possible for the election to happen which is slated to take place in the country in Dec, 2019.

He reiterate that he took the oath of office in order to protect and do all he can to avoid the violation of the country’s constitution.

The representative of the political parties did not reach a common understanding of the standoff of the parliament and local council polls.