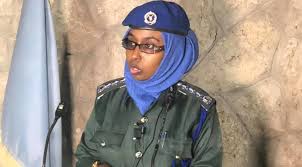 Somali police deputy commissioner Brig. Gen. Zakia Hussen said in a Twitter statement that the police dismantled a child smuggling network in Mogadishu after a month of investigation and operation.

“The police have arrested 11 people among them 8 women for child smuggling in Mogadishu after a month of operations led by criminal investigation department,” Zakia said.

The seized 11 children, aged from 7 months to 12 years old, are currently under police protection, the statement added.

This comes a week after Somali police announced that it had suspended all activities at criminal investigation department headquarters in Mogadishu for reforms and investigation.