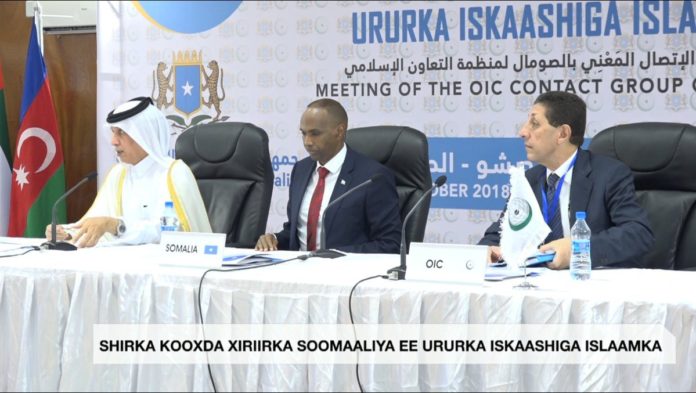 Mogadishu, Safar 19, 1440, Oct 28, 2018, SPA — The Somali capital Mogadishu hosted today a Ministerial meeting of the Organization of Islamic Cooperation (OIC) Contact Group on Somalia. The meeting was inaugurated by Somali Prime Minister Hassan Ali Khayre, with participation of 16 representatives of OIC Member States to explore ways and means of enhancing the national reconciliation and achieving the political stability, lasting peace and economic development in Somalia.
The Somali Prime Minister pointed out that holding this meeting in Somalia is an evidence of the transformation that took place in Somalia, stressing that the Somali Government is working hard in carrying out the reforms in the various institutions.
OIC Assistant Secretary General for Humanitarian Affairs Hesham Youssef delivered a speech on behalf of the OIC Secretary General Dr. Yousef Al Othaimeen, in which he stressed that this meeting is a an evidence of the OIC’s determination to support the efforts of the Somali people as well as the Government in their hard seeking to build a new future for their country.
–SPA