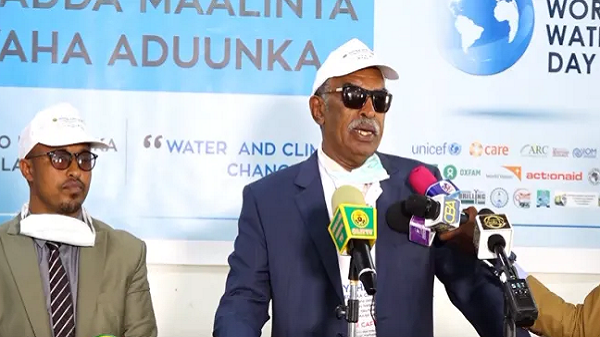 The minister of Water development Services Hon Mohamed Musa Dirie laid the foundation stone of a water tank reservoir in Borama, as a part of the town water supply expansion program.

The program is reportedly funded by the Somaliland Development Fund.

Both the regional governor and the mayor thanked the water development ministry for the programme.

The minister noted that the administration would not entertain any entity to deter the water expansion projects going on in Borama.