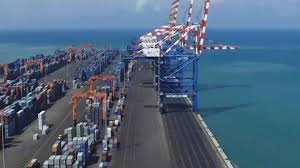 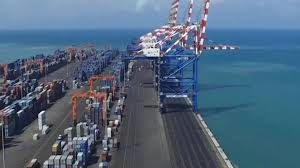 Repercussions over controversial ports deals in the Gulf of Aden put Djibouti and Somalia at the heart of a big-stakes game. While landlocked Ethiopia spreads its diplomatic hand, the Gulf States and world superpowers are bringing their own conflicts to the table

Dubai-based ports operator DP World would have done well to beware the ides of March. This was the month in which the governments of both Djibouti and Somalia kicked out the state-owned entity. The two separate quarrels over infrastructure deals have origins and ructions that go far beyond the ports themselves, reflecting a complex network of shifting regional alliances, geopolitical manoeuvres by influential powers in the Middle East and North Africa, and the potential for profit – and corruption – such large projects invite.

In February, after six years of conflict, President Ismaïl Omar Guelleh’s government in Djibouti took over the Doraleh Container Terminal (DCT) that it had built in a joint venture with DP World. Djibouti complained about the commercial terms of the contract, saying that it was lopsided in the Emiratis’ favour. The government is now looking for new investors. It recently hosted delegations from CMA CGM and Pacific International Lines, and has received attractive offers from its allies in Ethiopia.

Aboubaker Omar Hadi, president of the Djibouti Autorité des Ports et Zones Franches (APZF), complained to our sister magazine Jeune Afrique about the long and difficult divorce with DP World. He said: “For six years, we tried to renegotiate the contract without success. In February, we proposed buying out their shares of Doraleh Container Terminal. They were about to accept, but they insisted that we should not develop any other ports in the country. It was a blatant attack on our sovereignty.”

In April, President Guelleh told Jeune Afrique: “DP World never really tried to develop Doraleh, which operated about 40% of its capacity, preferring instead to support the development of Dubai’s Jebel Ali port.” DP World has launched arbitration proceedings in London against Djibouti, which says that it is prepared to pay the company compensation. The difficulty will be agreeing on the sum.

Beneath those claims about contractual problems was the falling out between long-serving president Guelleh and Abdourahman Boreh, who was head of the APZF between 2003 and 2008 and later became one of Djibouti’s most prominent dissidents. Guelleh’s government sued Boreh, saying he received millions of dollars in opaque payments from DP World in exchange for helping to get its contract signed. That dispute culminated in a trial for fraud and bribery at the London High Court of Justice, which dismissed the charges against Boreh in 2016 and obliged the government to pay Boreh’s costs.

Policymakers in Djibouti do not seem to be worried about losing DP World – they have plenty of interest from other investors. In late April, Ethiopia’s Prime Minister Abiy Ahmed chose Djibouti – his country’s closest ally and access point to international trading routes – for his first international visit. Amidst reports that Ethiopian companies and the government pay a combined $2bn annually for the use of Djibouti’s ports, Abiy offered to trade Guelleh’s government a stake in Ethiopian Airlines or Ethio Telecom in exchange for shares in Djibouti’s port infrastructure. Guelleh’s government has yet to respond to the offer from the Addis government, which launched a new Chinese-built rail line linking the landlocked country to Djibouti’s main port last year.

But Addis does not want to rely on one export route alone. In June, Abiy turned his diplomacy to Somalia, with whom relations had long been strained due to Mogadishu’s worries about the intentions of its bigger and wealthier neighbour. On 16 April, after Somalia’s President Mohamed Abdullahi ‘Farmajo’ Mohamed hosted Abiy at the presidential palace, the two leaders issued a joint statement that they would be investing in four seaports to attract foreign investment to their two countries. The day before Abiy’s visit, the UAE had pledged $3bn to Ethiopia in aid and investments in a major show of support for the country’s new leadership.

The pledges of cooperation came in sharp contrast to Somalia’s reaction in March, when news broke of a port deal signed between Ethiopia (19%), DP World (51%) and Somaliland (30%), a secessionist territory of Somalia whose government is not internationally recognised. Mogadishu considers Somaliland part of Somalia and saw the deal as a provocation. On 12 March, parliament banned DP World from operating in the country. The government also cancelled planned projects for the construction of ports at Kismayo and Bosaso.

The deal gave Ethiopia a stake in the $442m development of the Berbera Port, originally agreed as a joint venture between Somaliland and DP World in 2016. Berbera currently has the capacity to handle about 150,000 containers a year, and new investment could bring that up to 1m, making it potentially a considerable rival of Doraleh, which handles about 900,000 twenty-foot equivalent units per annum. Expansion works are now due to start in September.

The Somalia government’s reaction added more fire to a raging dispute dividing the Middle East: Qatar and Iran on one hand and Saudi Arabia and the UAE on the other. The Saudi-led coalition accuses Qatar of supporting terrorism and Iran’s attempts to destabilise the Middle East. The conflict is playing out in Yemen, where Saudi Arabia and its allies are fighting rebels with links to Iran. Qatar is supportive of Somalia’s President Mohamed, who has complained that the UAE is trying to influence local politics to his detriment. The UAE also has an interest in Berbera, where it had promised to build a military base as part of its drive to play a bigger role in the Middle East and North Africa region.

Global strategic concerns aside, Somaliland’s President Muse Bihi Abdi insists that there is nothing that Farmajo can do to stop the Berbera port deal. The fight about the Berbera plans have also scuppered nascent mediation talks between Somalia and Somaliland that were due to be held in March.

For his part, Djibouti’s Guelleh is worried that Boreh, the former APZF head turned dissident , nowin exile in Dubai, is playing a role in DP World’s recent moves in the Horn. In addition, if Ethiopia is able to use Somaliland for a third of its import-export needs, and is also working on port projects with Somalia, that could weaken the alliance between Addis and Djibouti, and hurt Djibouti’s logistics-powered economy.

Abiy’s strategy seems not to be to trade one ally for another, but to build multiple strong links with regional players. This is evidenced by the fact that, in June, he also opened the door to reconciliation with Eritrea, which won independence from Ethiopia in 1991 and has been at daggers drawn with Addis Ababa since then.

Ethiopia has a key role in Djibouti’s economic growth, but Djibouti too is playing the diversification game. Djibouti is the focus of a growing rivalry between China and the US due to its position at a key chokepoint of international trade. China is seeking to tie fast-growing East Africa into its zone of influence through the Belt and Road Initiative. China Merchants Group has a stake in the Doraleh port, and Beijing has been lending money to Guelleh’s government for new ports, airports and other transport infrastructure.

China also inaugurated its first overseas naval base in July 2017 – in Djibouti, which hosts the US’s Camp Lemonnier. With Djibouti borrowing billions from Beijing, US President Donald Trump fears falling out of favour with a strategic ally and has been critical of China’s influence. Given the explosive politics in the Horn of Africa, the wider East African region and the Middle East, it is unlikely that power plays for the control of critical logistics infrastructure will die down anytime soon.
Source: The Africa Report