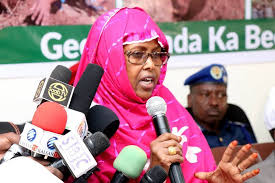 HARGEISA– Two lion cubs were confiscated by Somaliland government which were being smuggled into Ethiopia this week. A major undercover investigation by the ministry of environment with the assistance of police was undertaken to confiscate these beautiful animals from the illegal trade. The two cubs were seized in Allaybaday which is nearby to the border with Ethiopia. They two cubs are currently being kept in center in Hargeisa as they appear to be in good condition. A suspect has been arrested who will appear before the court of law. A huge gratitude goes to the environment ministry staffers and the police who saved the two young cubs from being smuggled into Ethiopia for illegal trade. The ministry of environment and rural development thanks to the shrewd leadership of its minister, Ms. Shukri embarked on an unprecedented efforts to save the wildlife from illegal trade and poaching.