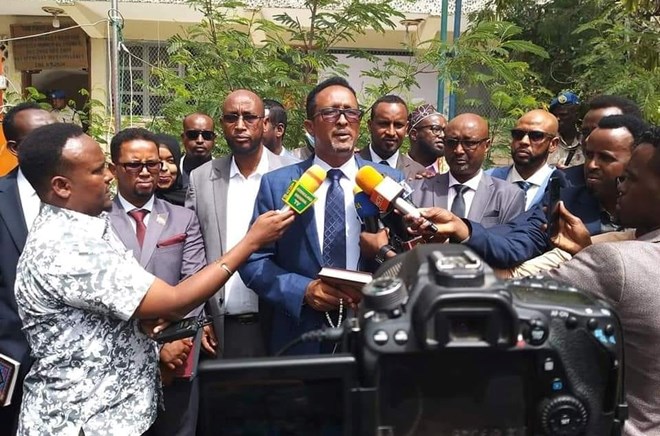 The new members of Hargeisa city council have elected Abdikarim Ali Moge as the new mayor and Khadar Ahmed Nur as the deputy mayor of Hargeisa.

This comes following an election that occurred during the first sitting of the new council.

Mayor Abdi karim is from Wadani opposition party while his deputy Khadar from Justice & development party.

17 members of the city council have voted in favor of Abdikarim to become the next mayor.

The deputy Mayor also received 17 votes to fill the post.