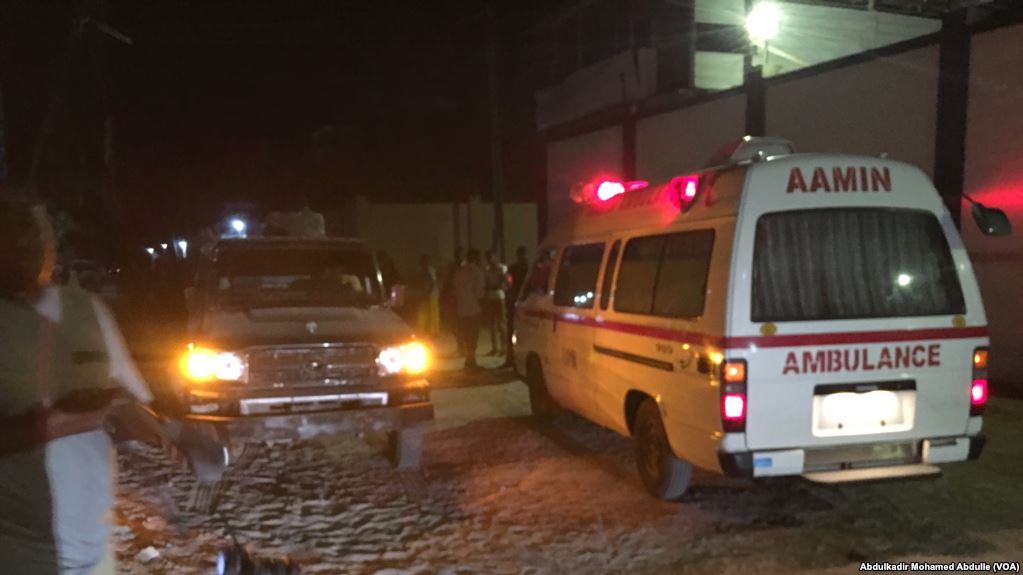 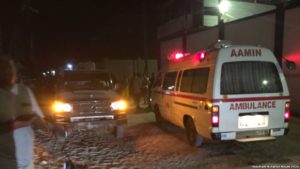 “We have been providing this voluntary service for 12 years with the help of friends and other generous individuals in private business, but now the responsibility is greater than our power,” said Abdulkadir Abdirahman Adam, a dentist who founded Aamin Ambulance. He cited a staffing shortage and an inability to cover costs.

At its peak, the service had 53 workers. Now, “only 20 people with 16 vehicles [are] providing 24/7 services to a growing city and huge population,” Adam said, estimating the metropolitan area at more than 2 million people.

Adam, who also teaches at a Mogadishu university, said the service has been running on donations from individuals, such as “students who provided us $1 a month. That is not enough to cover the needs of this city and its residents.”

The service began in 2006 with a single ambulance and a few drivers and nurses in Mogadishu, risking their lives while trying to save victims of mortar fire, artillery shells and random gunfire that have ricocheted around this crumbling seaside city for almost 30 years.

“Before this service, people used to transport the wounded with wheelbarrows and taxis that charged expensive fees,” said Fadumo Nur, who runs a midwifery center. “But now all you need is to call 999 and then there is an ambulance at your door. If we miss this service, we will go back to the dark days.”

The United Nations’ top diplomat in Somalia called for more support during a February visit to the ambulance service office.

Aamin plays “an important role in providing the population a degree of comfort that when something very bad goes wrong, there is someone they can turn to,” said the envoy, Michael Keating, who was quoted by the U.N. Assistance Mission in Somalia (UNSOM).

Aamin Ambulance maintains the only Mogadishu call center with a 24-hour emergency helpline.

But staffing shortages, along with traffic issues, delay the ambulance service’s life-saving responses, he said. “We have many times witnessed mothers who called us from homes in an active labor and, due to delays, they deliver babies in our vehicles on their way to the hospital.”

Aamin Ambulance is almost always found at sites hit by terror attacks or natural disasters, often as the first emergency responder. Photos from the country’s deadliest assault — an October 14 truck bombing in Mogadishu that killed 512 and wounded more than 300 — showed Aamin’s first responders at the blast scene tending to injuries.

Earlier this month, Aamin Ambulance responded to a blast at Somalia’s ministry of interior affairs compound, transporting 21 people with injuries along with five bodies, the company said in a tweet. 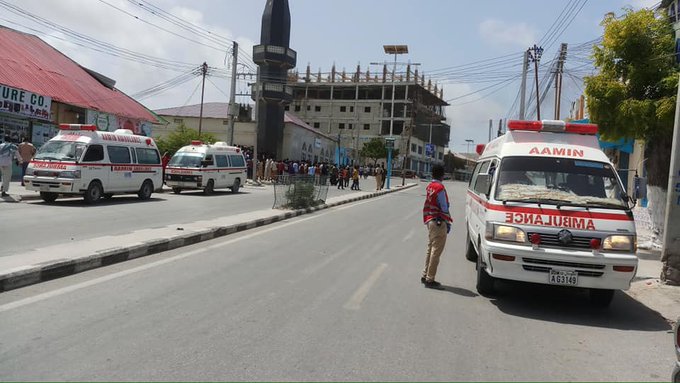 Somalia has been engulfed by chaos since President Mohamed Siad Barre was ousted in 1991. Subsequent governments and administrations have not been able to provide basic social services such as health care and education.