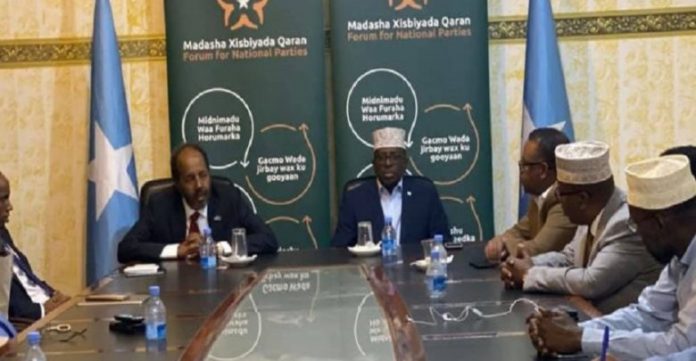 The Forum for National Parties has demanded that an independent investigation must be conducted to head of the Spy Agency-NISA.

The Forum has informed the request to the President, the Speakers of the bicameral Federal Parliament, the Prime Minister, the Attorney General as well as the Somali populace.

“The Forum for National Parties are worried over the recent information alleging that Somalia’s Spy Agency is covertly working with Al Shabab militia. The information has caused panic and skepticism in the public.” said the statement.

The Forum further says that the information poses a real threat to the national security after it has reviewed the plot which led to the assassination of Mayor of Mogadishu, the late Eng Abdirahman Osman Yarisow and other officials.

The Forum said that in a bid to restore the Spy Agency’s confidence among the Somali public and to alloy fears of the Somali fans, therefore, the Forum is demanding the following things must be made: