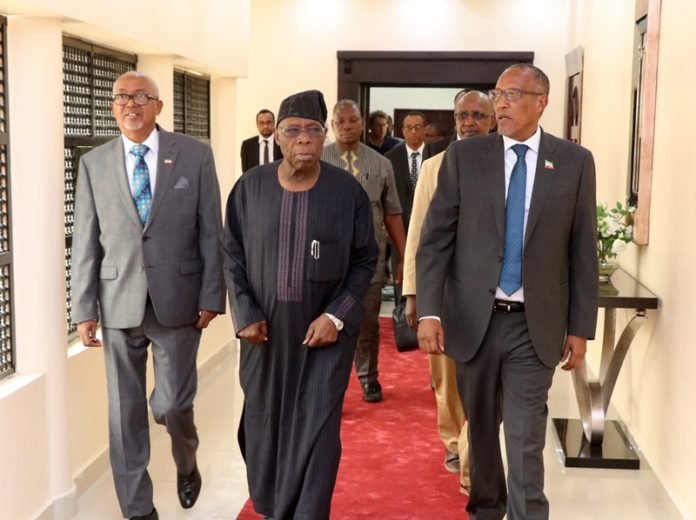 Former President Obasanjo first come to power in a Nigeria after the assassination of General Murtala Mohammed in a failed coup attempt. General Obasanjo, as he was then, transferred power to an elected civilian government, led by the late Shehu Shagari in 1982.

During his retirement, former President Obasanjo was part of the group know as the Commonwealth Eminent Persons who worked towards ending apartheid in South Africa. He was one of the few people allowed to visit the late Nelson Mandela in prison.

In a remarkable political comeback, former President Obasanjo was elected back into office in 1999 and served as president until 2007.

The visit to Somaliland is part of the Brenthurst Foundation which works with countries in Africa on economic development.