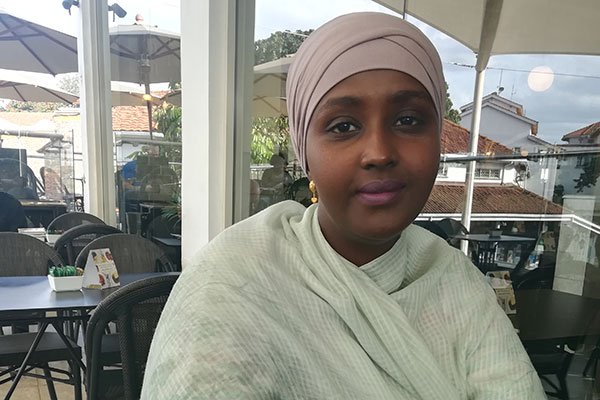 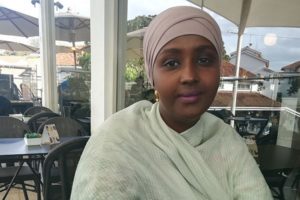 Fadumo Dayib’s announcement of her candidacy for president of Somalia in 2016 drew as much admiration as it did ridicule.

The 46-year-old was portrayed as the embodimentof change in some quarters.

Apart from receiving death threats from the al-Shabaab and other quarters, her she also lost close friends and family as well as having her sanity challenged.

Although she no longer draws the same attention today, Fadumo Dayib still has a global platform which gives her the avenue to speak on issues close to her heart.

She ran for office fully aware of the implications including the post-poll state of affairs.

“Everyone wanted to take a photo with me back then, even in the oddest places and circumstances. But after that, my phone went silent. The people who were not meant to be in my life quietly melted away and their places filled with people who steadfastly still stand beside me.”

But what did the experience teach her?

“Politics is not for the faint-hearted.  I was very proud as a woman e to be running against over 20 men. I had come a long way from 2014 when everyone thought I was crazy to being seen as a serious contender in 2016. I had earned my place.?

Coming against a backdrop of too much fun fare, was it all worth it? She wanted change for her country and still wants the realisation of that change. But she has realised that she no longer needs to sit on that particular chair to change the mind sets of especially Somali girls and women.

“I wanted to challenge the notion of leadership. I wanted to break barriers that dictate that a woman’s place is one place and not the other.”

Having been born in Thika to parents of Somali ethnicity, she lived in Mombasa, Eastleigh and Mogadishu before her family and many other Kenyan-Somalis were deported to Mogadishu in 1989. They would not be safe either in Somalia due to the civil war and when she was almost 18, the family sought asylum from Finland. For this reason, MS Dayib was determined to find a space to sink her roots.

“Finland opened me up to a lot of opportunities. I was able to proceed with formal education only having learnt how to read and write when I was 14 in Kenya. And since the Somalia constitution allows anyone of Somalia ethnicity from anywhere in the world to run for office, that became my space.”

That ‘loophole’ in the Somali constitution gave Dayib a bigger reason also to challenge the borders of Africa; that she would be born in Kenya to Somalia parents and yet not be a citizen of either of the two countries.

The soft-spoken former politician believes humankind is here to serve a cause and this is hers. For the complex fact that she was the first child out eleven before her to survive of communicable diseases is conviction enough.

She is quick to add that she is not career minded, but rather seeking space to serve.

The development expert knew she would always fall back to her work. But the work force now felt she was too big for them.

“Most of my would-be employers felt threatened by my profile. I was overqualified. That was my first biggest hurdle. I also had to readjust my life as a single parent now.”

Her 26-year marriage caved under the pressure.

The 46-year-old and mother of four has no regrets whatsoever.

“I love and respect myself even more. I didn’t know I had so much resilience and strength in me. Every obstacle was a springboard to my next landing.”

The downside of it all was that her children were dragged along in the chiding and threats.

“I wouldn’t have minded if the threats against me were actualised and especially by the al-Shabaab, it would be an honorable death for me, but I regretted that my children had to suffer too.”

Having lost almost everything because of   exercising her democratic right, Dayib is quick to point out that it is generally lonely for aspirants who run for office. She regrets that women aspirants do not also enjoy support networks such as safety, funding or moral support as men do.

She also wants her story to teach women that they shouldn’t have to choose over having their voices heard and being tied down by norms and culture.

“Don’t feel contained in a certain space by others, deal with your inhibitions and don’t feel tied down by spousal, cultural or traditional norms. Do what fulfils you and benefits others. That is what I’d like other women to pick from my story.”

Ms Dayib is currently working with an agency that works on empowering girls and women in Somalia.

Any plans of vying come 2020? She remains non-committal.

“Only time will tell.”