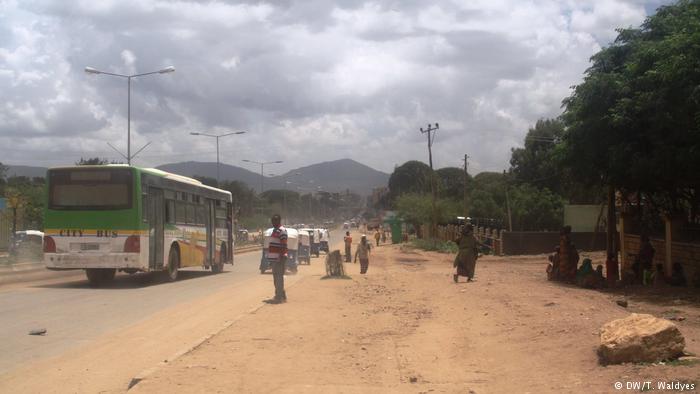 “We asked the state military for help, for them to save us,” one resident told DW.  He asked not to be named as he fears for his life. “People here are dying. They are even being attacked in the church of St. Michael, where they sought refuge,” he said. The weekend riots reportedly resulted in at least a dozen deaths. Thousands are said to have fled earlier.

Witnesses blamed special forces of the regional government — who reportedly shot dead at least four people — for the violence.

“The Ethiopian military has not yet managed to bring the rebellious police under control,” another Jijiga resident told DW. “The attackers have not yet laid down their weapons and my community is facing great difficulties.”

Following the latest outbreak of violence, the internet has been shut down in eastern Ethiopia, according to Access Now, an international NGO with a focus on digital rights. The government has so far said little, only that the unrest was stoked by regional officials. On taking office in April, Prime Minister Abiy Ahmed vowed to protect the right to freedom of expression and has already taken steps to reduce hostilities in the country. 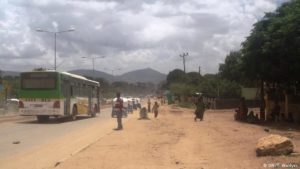 A street in Jijiga, where much of the violence took place

According to Jason Mosley from the British think-tank Chatham House, economic conflicts in the Somali region have worsened since Abiy came into office. The new prime minister promised reforms and so the population has high expectations. “All citizens should benefit from the economic boom,” Mosley told DW. “The Somali region plays an important role in this.”

Landlocked Ethiopia relies heavily on ports in neighboring countries — mostly in Djibouti. A stable Somali region would help facilitate access to the port of Berbera in Somaliland. This could expand trade, for example, with livestock and other goods. That’s why the trade routes which run through the Somali region are so important for the Ethiopian economy, says Mosely.

He finds it interesting that the government has so far been reluctant to address Saturday’s violence. “I think what that suggests is that they’re trying to handle it very sensitively and carefully, because it’s such a crucial region for overall security in Ethiopia and the region,” he said.

He does not think Abiy is trying to change the dynamics in the Somali region. “What we have seen in the past few days is that Abiy wants to keep as many of the existing structures as possible,” Mosely said. Although the regional president of the Somali region, Abdi Illey, resigned from his post over the weekend and was taken to Addis Ababa in a military helicopter, he was replaced by the vice-president and his party remains in power. ‘Change is a must’

Mosely believes the government now wants to bring in politicians who were previously excluded from negotiations in the disputed region. “I think what we’re seeing is an effort to loosen some of the tight controls over the political space that had built up over the last decade and trying to create some conditions for re-jigging the political settlement, which is a way to bring various interest groups inside the tent and share in the benefits in being able to access the state,” he said.

Ethiopian ex-parliamentarian Jemal Diriya Harid — an ethnic Somali who is now in exile — believes that Ethiopia has a peaceful future ahead, despite the current crisis.

“Of course I expect a change,” he told DW. “That is a must.” Regarding the government’s decision to use military means to respond to the threat of escalation, he believes it was the lesser of two evils. He also thinks the resignation of the region’s president, Abdi Illey, is a step in the right direction.

“President Illey was a very dangerous dictator and his resignation was a good move,” Harid told DW. “I think the government was supposed to neutralize the police and handle the security situation which is deteriorating and allow the community of the region to discuss their own future. Personally, I think there will be a bright day ahead.”

Residents in neighboring regions have expressed concern that the violence may spread from the Somali region into other parts of the country. The regions within Ethiopia are geographically divided according to ethnic groups, with inter-ethnic conflict between Somalis and Oromos common along their border.