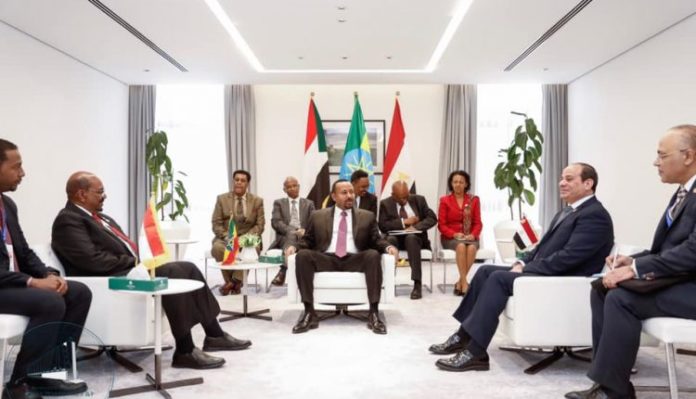 Addis Ababa, February 10, 2019 (FBC) – Ethiopia, Sudan and Egypt leaders held a trilateral meeting this morning at the Office of the Prime Minister.

The meeting held on the sidelines of the 32nd African Union Summit is the first trilateral meeting since Prime Minister Dr Abiy Ahmed assumed the premiership.

The discussions centered on relations between the three counties in areas of mutual interest, according to Office of the Prime Minister.