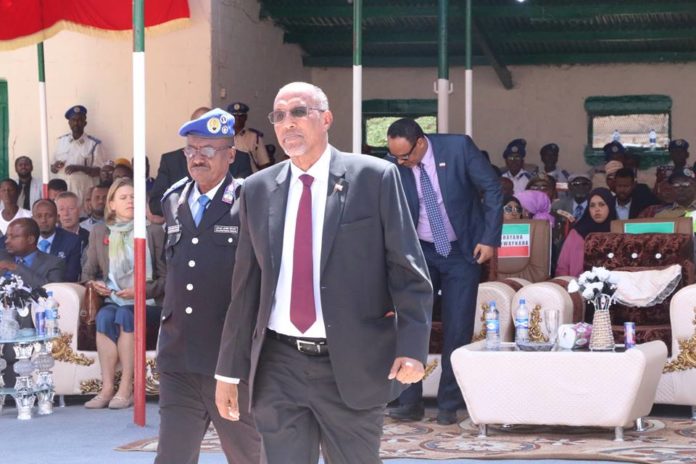 In April this year, a new star has risen from the horizons of Horn of Africa in the name of Mr Abiy Ahmed, the young ambitious and energetic Prime Minister of Ethiopia. Unlike most of the regional leaders, Mr. Ahmed has proven to be revolutionary, innovative reformer, energetics and quite daring about bringing drastic change to the centuries backward Ethiopia and the entire Horn of Africa. First, he dared to cross the Tigre Taboo and normalized relations with Eritrea by lift the No 1 barrier, namely seceding the land in dispute to the Eritreans in ling with the ruling of the International Court of Justice; a decision his predecessors were not bold enough to make. He has therefore broken the iceberg and jumped the most difficult hurdle. This development has presumably shaken the sleepy mood of the quasi leaders in the Horn – or so they tend to pretend.  More importantly, he opened Ethiopia’s jails and released thousands of political prisoners who were unlawfully held behind pars. He also promised to adopt full-fledged democratization of the nation, and to hold fair and free elections within a couple of years. In the foreign affairs front, Mr. Ahmed has indeed adopted a rather unorthodox strategy aimed at crushing all the barriers hindering regional economic integration. At times, his ideas sound unrealistic or overoptimistic. Yet, some observers believe that Mr. Ahmed is an Ambitious Reformer who could lead the way to real economic growth, prosperity and social justice to this impoverished region.

A communique released at the end of a recent meeting between Prime Minister Abiy Ahmed of Ethiopia and President Farmaajo of Somali has stressed safeguarding the “sovereignty and territorial integrity of Somalia”.  Some observers have interpreted this statement as an indication of a shift in the direction of the Ethiopian relationship with Somaliland, which has declared its independent from the old Somali union in 1991 but has yet to obtain international formal recognition. At present, the Ethiopian government, like many other nations worldwide, is dealing with Somaliland as De Facto Government and is treated like any other regional state. I believe the reinstatement of the sovereignty of Somalia is not new and has been always repeated, over the years, whenever a Somali leader meets another world leader.  The sovereignty episode is enshrined on the UN Charter. It is therefore diplomatically customary for leaders to repeat this statement to confirm that their countries are normalizing their relationships –  particularly where these relations have not been previously so warm.

The direction of the new Ethiopian strategy vs Somaliland is yet to be drawn and declared. No reliable information has emerged so far on this issue ever since the new MP came to power. In the meantime, we are of the opinion that our Ethiopian brothers should carefully read the history of the region and make informed decision on this sensitive question.  The facts and figures governing the centuries-old Ethiopian Somaliland strategic relationship could be summarized as follows:

Historically, Ethiopian and Somaliland interests  were always the most interconnected in the region. The Empires of IFAT and ADAL of the 15th and 16th centuries were located on the shared territories presently known as Eastern Ethiopia and Western Somaliland, stretching from the City of Herer in the West up to the Port of Berbera. Similarly, historians have narrated the active trade between the City of Herer and the ports Zalya and Berbera.  In 1853 the British explorer Richard Burton has extensively described the close relationship between Herer and Zayla and also the heavy traffic of the caravans between Herer and Berbera. On the contrary, Somalia (the south) never had any close trade or other meaningful contacts with the mainland Ethiopia due to the geographical realities of the territories.

Since Somaliland has reclaimed its independence in 1991, all the incursions and hostilities against Ethipia have ceased and the Somaliland government has always honoured its obligations in this regard. Hardly any shots were fired at the Ethiopians from the Somaliland side for more than 27 years. The Ethiopian are well aware of this reality and have concluded security agreements with the respective Somaliland Governments. On the contrary, thousands of Ethiopian soldiers and have lost their lives, and continue to do so, in the fight against the terrorist organizations operating from Somalia.

The Ethiopian Government is fully aware of its intertest in Berbera and Zalya on the Red Sea and would not composite these vital interests in favour of some assumed access to the remote ports of Kismayo and Mogadishu in the Indian Ocean.  In this connection, the Ethiopians hold 19% stake in the DP World Berbera Port Concession. The company is currently engaged in USD 120 million expansion of the port and also the construction of Highway linking the port to the Ethiopian border.

Finally, it is worth remembering that the borderline linking Somaliland and Ethiopian was drawn in accordance with Anglo- Ethiopian Treaty of 1897. On the contrary, the borders linking Somalia (south) and Ethiopia are marketed in Dotted Line (between Gaalkayo and Dolo – please refer to Africa Political Map) which evidences that these borders are disputed and are not covered by any international treaty. Therefore, I would recommend that the leaders of Ethiopia and Somalia should first agree on their shared boundaries before engaging in any economic integration etc