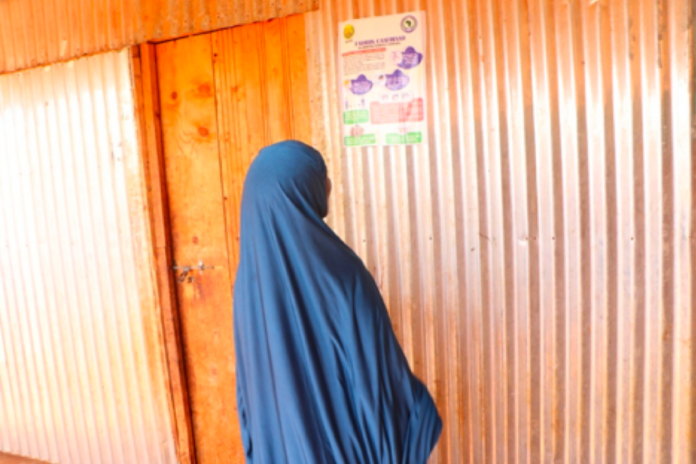 Somaliland reported its first case of Covid-19 in March, yet financial support from the international community and the diaspora has been largely absent. When diaspora assistance has been mobilized, it has been through less traditional mechanisms: younger, educated activists using online platforms.

Historically, Somali diaspora groups have responded to complex crises such as droughts, floods and cyclones with traditional ways of mobilisation, such as kinship-based fundraising and the Hawala system, an informal money transfer system based on trust.

Yet six months into the current pandemic, new trends have emerged. One has been the reliance on online platforms as the principal mechanism for mobilising assistance and creating awareness. These online initiatives have been spearheaded by a group of young professionals and more educated activists who have created various GoFundMe pages and online awareness-raising campaigns. For instance, within the Somaliland diaspora at least four such crowd-funding campaigns have been launched in the UK and Australia, all with the aim of purchasing mobile laboratories and other medical equipment.

At least two of these campaigns, in Australia and UK, have partnered with the AMAR charitable foundation in the UK to deliver support to Somaliland. However, other fundraisers have refused to enter into such partnerships with more established international charities, considering it an invasion of community space, and arguing that the funds raised by Somalilanders should not be appropriated by charities that already have the necessary networks and capacity to fundraise for their own projects.

Drawing on interviews in the capital Hargeisa and with diaspora in the UK, we can identify three factors that have contributed to the diaspora’s limited response to Covid-19 in Somaliland: diaspora perceptions of government responses, the globalized nature of the Covid-19 pandemic, and its economic impact.

These emerging developments and partnerships have sparked fresh questions and challenges regarding Somali diaspora humanitarianism. There are early indications that the use of online platforms has affected both the size and speed of donations. First, donations have substantially declined as most campaigns fell far short of their intended targets. For example, one GoFundMe page that was established in April 2020 with a target donation of £100,000 had raised £2,100 at the time of writing. A second established a month later with a target of £150,000 raised £7,000. In May, a third crowdfunding page created by the Australian Somaliland community raised half of its target of $10,000, while the Daryeel foundation raised US$ 12,000 out of $15,000 goal.

From WhatsApp to GoFundMe

One key issue is trust; it is not always easy to establish the credibility of those behind the web-based pages, while donating requires the donor to possess a credit card and to trust that their credit-card information is safe in the online system. The GoFundMe pages constitute a different system from the traditional Hawala and kinship-based mechanisms for mobilising assistance that many Somalis in the diaspora are familiar with. Such online platforms are more detached from the personal ties that are implicated in more conventional Somali fundraising platforms such as clan-based WhatsApp groups, meetings and mosque congregations. This has repercussions for funding sources too. One fascinating new development that deserves further enquiry concerns the scale of non-Somali support during emergencies.

An interviewed charity worker in Sheffield, UK, stated that 70% of the smaller donations raised by their GoFundMe page came from non-Somali donors. Compounding the concerns around trust, a further challenge commonly recognized by those we interviewed included a lack of leadership in coordinating the different activities that were happening online. Attempts to coordinate the various fundraising platforms have thus far been unsuccessful.

Changing priorities and lack of trust

The pandemic is an extraordinary event in the context of diaspora assistance in the sense that this is also a time of unprecedented hardship for many diaspora communities themselves, many of whom have suffered disproportionately from the pandemic. The global pandemic is therefore unsettling the distinctions between those giving and those who are in need of assistance, and it appears that some in the diaspora have preferred to focus on assisting those in their respective host countries. As one activist from Sheffield indicated:

“This time our emergency response focused on the UK. Somalis here also needed our support, and of course here we could make an impact. Women in Sheffield raised £12,000 to support families who have lost loved ones to Covid-19. We also distributed PPEs [personal protective equipment] and set up kitchens to prepare food which we distributed to the elderly people. We translated Covid-19 awareness information into Somali and moved around to create awareness.”

Another interviewee stressed the current and impending economic hardships in western host countries.

“Why are those in Somaliland expecting something from the diaspora people when there are resources in the country? Let them manage what they have, here we have our own economic hardships.”

These quotes indicate two key shifts in the diaspora response. First, due to the globalized nature of the pandemic and the challenges of integration faced by elderly Somali migrants, young people have been more active caregivers in their host countries. Second, perceptions of corruption and mismanaged resources in Somaliland have prompted concerns among the diaspora. For instance, when emergencies such as drought occur, it is common for Somali administrations to create ad hoc committees that comprise businesspeople and religious leaders. These two locally trusted institutions play a critical role in raising funds both locally and from the diaspora. However, in response to Covid-19, Somaliland created a task force that only included members from the government’s executive branch.

Some diaspora activists, as well as locals, expressed a lack of confidence in the task force, which impacted on the mobilisation of diaspora resources. The absence of health professionals from the task force has further undermined trust in the government committee. Commenting on this lack of trust, an interviewed charity worker in the UK stated: “Instead of sending money to a Covid-19 task force, which I do not know where it will end up, I would rather support my own family members who have been economically affected by the pandemic”.

While the full implications of Covid-19 for diaspora assistance are still unfolding, it is likely that some important shifts, such as those highlighted here, are already underway.

The authors are part of the Diaspora Humanitarianism in Complex Crises (D-Hum) research programme.