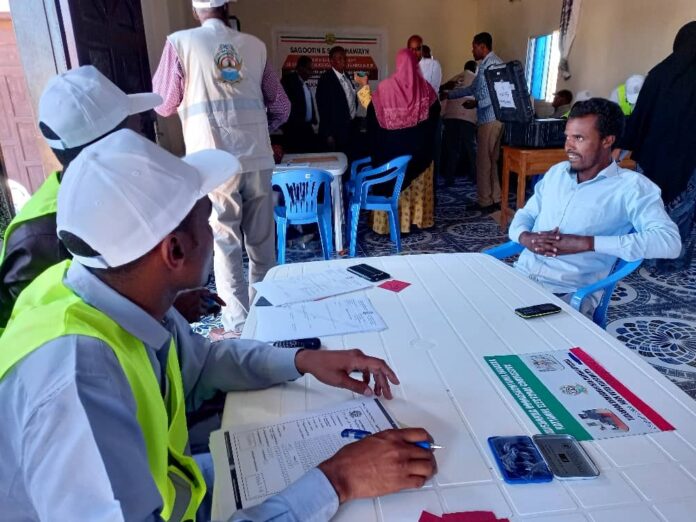 The well-coordinated exercises, according to Commissioners, aimed to achieve two ends. The first being to assess how much effort will be needed to change cards for voters who had – since the last registration – moved domiciles.  The second objective was to register new voters who have either come of age since then or had not registered previously or whose first cards had been cancelled for one reason or another.

Khadar Hussein Abdi, the Secretary-General of Waddani, one of the two opposition parties, speaking at an Oodweyne registration station, commended the electoral body for the diligence they have shown in preparing the process.

“We are happy with the effort NEC had put into this exercise although it is at an experimental level. This is a practical prelude to the anticipated elections. We ask constituents to get ready for the main, national voter registration planned and to come out en masse to exercise their constitutional universal suffrage rights to decide representatives of their choice,” he said.

Among the observers at the Balligubadle registration was Anwar Warsame, Chairperson of the Somaliland Non-State Actors Forum – SONSAF.

“Pleased to have participated a mock Bio-metric voter registration in Baligubadle. Thankful for the massive work done by @SLNEC. Hopeful that the upcoming combined parliamentary and LC elections will be on time and successful. I urge all stakeholders to continue working hard,” Anwar wrote in his Facebook timeline.

Representatives from the three national political parties and Somaliland Non-state Actors actively took part in successfully wrapping up the registration activities at both districts.

The government and the three parties had previously agreed to hold the twin elections before the end of 2020. According to a recent NEC statement, the elections, preceded by massive, nation-wide voter registrations could only be successively conducted in 9 months time.  The NEC proposed timeframe has yet to be officially endorsed or rejected by major actors and stakeholders of the election including international, democracy partners.

The republic of Somaliland has successfully carried out more than half a dozen 1P-1V elections and voting exercises which began with a 2001 constitutional referendum voting. Since then three presidents, one parliament and two municipal councils had been voted to office on the same process.

Neighbouring Somalia, despite the gargantuan effort the international community has put up to help it stand on its feet, has yet to do its first. 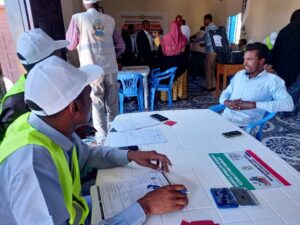 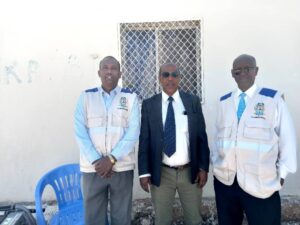 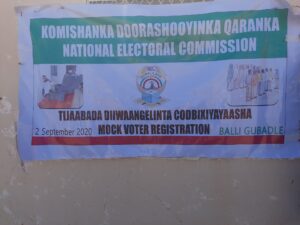