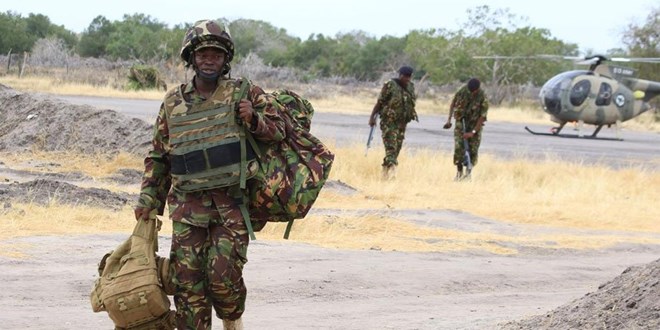 The European Union’s compensation budget for Kenyan troops battling Al-Shabaab in Somalia is expected to start in the financial year July, signaling the beginning of a gradual withdrawal from the war-torn nation.

According to Treasury estimates, Kenya will demand the lowest reimbursement from the EU in the next financial year compared to the last five years, with the amount going down further in subsequent years.

He expects reimbursements of 5 billion Sh starting in July, a decrease of 41

.17 percent, equivalent to 8.5 billion shines in the current year, which ends in June.

EU revenues are expected to continue to drop to 3.5 billion shines in July 2020 and then stabilize at around Sh3 billion.

Kenya is demanding This year, more compensation has been paid by the EU than by the 6.1 billion SH estimated in the past four years.

The Ministry of Finance received only £ 10.20 million from the EU for reimbursement in the first seven months to February. These were usually paid quarterly.

However, this was increased to 3.777 billion Sh in March, or 44.2 percent of the 8.5 billion Sh that the Treasury Department budgeted for this year.

There are about 4,000 Kenyan soldiers on the mission of the African Union in Somalia (Amisom), which is currently led by Ethiopia’s Lieutenant-General Tigabu Yilma Wondimhunegn.

The international community pays $ 1,028 per month for each soldier (Sh103,728). Their respective governments then deduct about $ 200 in administrative costs, which means that the soldiers bring about $ 800 home.

The soldiers receive the funds from the Kenyan government.

Kenya officially sent 4,660 troops in October 2011 after incessant attacks and abductions of civilians by Al-Shabaab militants in its territory to Somalia.

A year later, the UN Security Council gave Kenya the green light to join Amisom, a decision that the Treasury would not stand the full cost of the robbery.