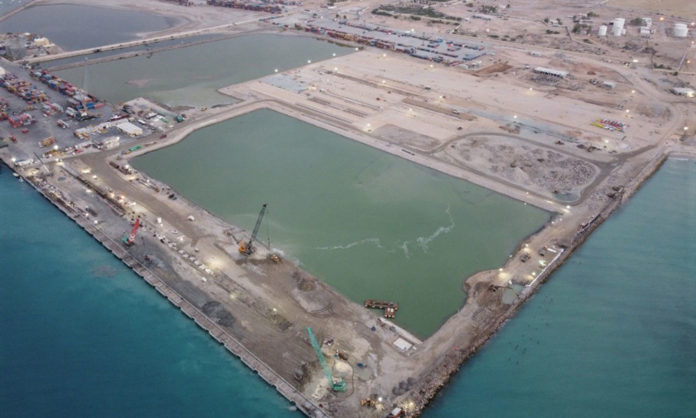 DP World this week announced the completion of a 400-meter expansion of the Berbera port in Somaliland.

The Dubai Port Company that is contracted to expand the port said once operational, it will increase the terminal’s capacity by 500,000 TEUs per year and further strengthen Berbera as a major regional trade hub servicing the Horn of Africa.

In a tweet, DP World stated: “We have just completed a 400m quay and a new extension at Berbera Port, Somaliland. Once operational, it will increase the terminal’s capacity by 500,000 TEUs per year and will further strengthen Berbera as a major regional trade hub servicing the Horn of Africa.”

The news has elicited excitement within the Somaliland government with the vice president Abdirahman Abdilahi saying: “As Deputy President of Somaliland and on behalf of the people, words can’t express my great excitement about the nearing completion of the Berbera port expansion. my gratitude goes to the Sheikhs of the UAE and the DP World.”

DP world, the Dubai based world’s largest port operator is the key player in the rebuilding of Berbera, they have invested $442 million for the expansion of the port and are also the economic free zone. It has projected to complete work by February next year.

In 2017 when the original agreement was signed, the CEO of DP World Mr. Sultan Ahmed bin Sulayem drew a parallel between the growth of Dubai and the development path Somaliland is on and added “Our vision is to make Berbera a trading and transportation hub for the Horn of Africa.”

Once completed, facilities and service will surpass those in the neighbouring Djibouti according to the contractors.

According to the DP World, the port will be able to handle the biggest ships compared to the other ports in the region and will complement activities at the Port of Djibouti and the Lamu Port which is also under expansion in the coast of Kenya.

The Berbera Port expansion is the largest investment in Somaliland since it parted ways with Somalia in 1991.

Work on the port expansion has reduced due to the measures put in place in the fight against the spread of the deadly coronavirus but the Somaliland government and the DP World have projected all facilities will be ready for operation early 2021.

“We are very much on course. Of course the coronavirus has affected the speed at which we were on, but we will soldier on and deliver the most modern port facility in Berbera,” an official of the DP World said.

The Berbera port expansion, designed to equip the Somaliland port for major vessels and transform it into one of Africa’s pre-eminent facilities.

Expansion of the port started early last year with the first phase at a cost $101 million.

Federico Banos-Linder, Vice President External Relations, DP World, said once the port is done, Somaliland will be one of the biggest and most modern players in the maritime industry in the Horn of Africa.

Total investment of the two phases will reach $442m. The port’s current capacity is around 150,000 twenty-foot equivalent units [a measure of ships container carrying capacity] and is set to expand to 450,000 TEUs once development is complete.

DP World firm will also create an economic free zone in the surrounding area, targeting a range of companies in sectors from logistics to manufacturing, and a $100m road-based economic corridor connecting Berbera with Wajaale in Ethiopia

“Our aim is to make this an important regional hub for the maritime industry in the Horn of Africa,” DP World chairman and Chief Executive Officer Sultan bin Sulayem said.

“We are within schedule in our work,” he added.
DP World holds a 51 per cent stake in the Berbera port, while Ethiopia holds 19 per cent and Somaliland the rest.