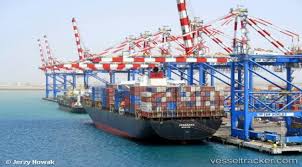 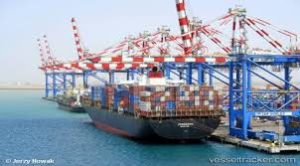 by Thomas C. Mountain-Djibouti has been landlocked Ethiopia’s only access to the sea and depends of port taxes paid by Ethiopia for most of its income and with
the Eritrean ports of Massawa and Assab on the Red Sea about to open finds itself faced with losing most of the Ethiopian trade it has enjoyed a monopoly on for the past twenty years.

For a country of less than a million mostly poverty stricken people
the over $1.5 billion a year coming in from unloading cargo for
Ethiopia’s almost one hundred million people is almost three quarters
of its income and facing competition from Eritrean ports more
conveniently located and better yet, tax free, most of the Ethiopian
trade will be lost. Why should Ethiopia pay for services from Djibouti
when they get Free Ports in Eritrea and can use the money saved to
help with their balance of trade deficit? The just announced UAE
funded oil pipeline from Assab to Addis Ababa is another nail in
Djibouti’s coffin.

To try and diversify its economy Djibouti has taken to offering its
services to any and all armies, hosting military bases for the French,
its former colonizer, the USA and now China and its 10,000 troops.
Even Turkey, the UAE and Saudi Arabia are rumored to be planting their
flags in Djibouti soon.

Being right next door to the strategically critical Ba’ab al Mandeb,
the “Gate of Tears” straights between the Red Sea and the Indian Ocean
and a chokepoint for the worlds largest trading partners, Europe and
Asia, it is in the “national interests” for any government with
imperial ambitions to have a base in Djibouti.

Still, $500 million a year in base rents cannot make up for what could
be a 75% loss in Ethiopian trade and port tax revenue. What this will
mean to China’s new $3.5 billion railroad running from Djibouti to
Ethiopia is a good question, with specters of it becoming a white
elephant with little freight to carry and Ethiopia expected to pay
what turns out to be an odious loan?

This railroad deal was made with the former TPLF gangster regime
ruling Ethiopia since 1991 and was made without consideration taken
for peace between Eritrea and Ethiopia breaking out. Now that
“Ethiopia’s Peaceful Revolution” has taken root, a railroad between
the Eritrean port of Assab and Addis Ababa is what is needed, not the
now redundant one built by China under its shortsighted foreign
policy. How is debt overloaded and foreign currency strapped Ethiopia
supposed to pay for another multi billion dollar loan for a project
built by the funding country that is now going to be a money losing
operation from the start? Sometimes you really have to question just
how well informed the Chinese Foreign Ministry is, with “economics for
dummies” desperately needed.

Eritrea has been on a foreign policy offensive, by all appearences
successfully directing a “soft coup” in Ethiopia, followed by a
reproachment with Somalia with Djibouti next on the list for either
another soft coup following the dark days to come or maybe some sort
of foreign intervention under the watchful eyes of a few major
imperial powers.

As 42 year old Ethiopian P.M. Abiy Ahmed said, don’t worry about all
these problems we Ethiopians face, Eritrea’s “Issias [Aferworki] is
leading us”. What  he is saying is rest assured a plan is in the works
and when it is enacted it will serve the best interests of the almost
200 million people of the Horn of Africa and not those of imperialists
large or small. Having spent his whole adult life, over 50 years now,
fighting for a real peace based on respect and cooperation between
neighbors free of domination and exploitation, Issias today is leading
a fundamental change in how the future will be decided here in what
has been called Africa’s Horn of Hunger. Hope that we will finally
break free from war, famine and chaos here in the Horn of Africa is
finally becoming a reality.