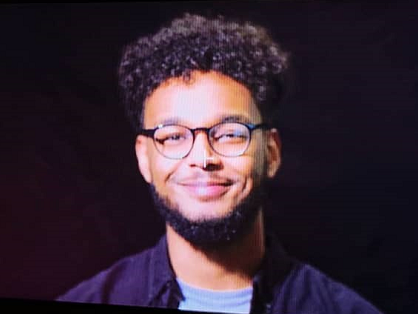 An aspiring football writer whose family fled the civil war in Somalia is the first recipient of a new diversity scholarship in sports journalism.

Ahmed Shooble, 22, said he decided to become a sports journalist in part because he was unhappy with the lack of “varied perspectives and representation” in the news industry.

He will join journalism training provider News Associates on its full-time 35-week multimedia sports journalism course at no cost as part of its scholarship scheme with the Sports Journalists’ Association.

He will then be offered a four-month paid contract at national press agency Sportsbeat from May 2020, coinciding with the Tokyo Olympics.

Speaking about his win, Shooble (pictured) said: “I decided to embark on a career in sports journalism mainly because I was not happy with the lack of varied perspectives and representation in the industry, particularly with football.

“I was both the first member of my immediate family to be born in the UK and to attend university, as my family fled the civil war in Somalia in the 1990s.”

He added that he wished to be a chief football writer for a national newspaper and become “a symbol of success to future generations of young people from minority backgrounds interested in the sports media”.

News Associates’ managing editor James Tony said it was a “very competitive process” for the scholarship but Shooble’s “passion and enthusiasm shone through”.

“We look forward to welcoming him to the number one ranked NCTJ journalism school in the UK and then to our Sportsbeat news desk – where he’ll help with build-up coverage to the Tokyo Olympics, including spending time with our client Team GB, who, alongside the Sports Journalists’ Association, have been a huge supporter of this initiative.”

News Associates claimed that 94 per cent of its sports journalism graduates were in paid editorial jobs within a month of leaving the school.