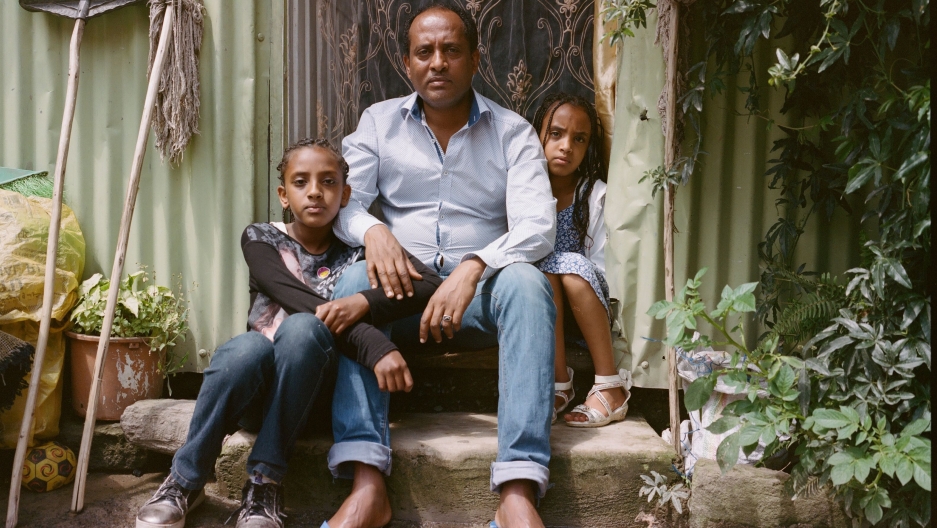 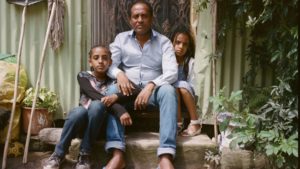 When Samuel Berhe thinks of Eritrea, he sees the sand-colored buildings and turquoise water of Asmara’s shoreline. He sees his sister’s bar under the family home in the capital’s center that sells sweet toast and beer. He sees his father who, at 80 years old, is losing his eyesight but is still a force to be reckoned with. He thinks of his home, a place that he cannot reach.

Berhe, like many other Eritreans, fled the country some years ago to escape mandatory national service, which the government made indefinite following the 1998-2000 border war with Ethiopia. The war cost the countries an estimated 100,000 lives, while conscription created a generation of Eritrean refugees. The UNHCR said that in 2016 there were 459,000 Eritrean exiles out of an estimated population of 5.3 million.

So, when the leaders of Ethiopia and Eritrea signed a sudden peace deal in July 2018, citizens of the Horn of Africa nations rejoiced. Many took to the streets bearing the two flags. Others chose social media to express their happiness, and some even dialed up strangers, as phone lines between the nations were once again reinstated. It felt like a new era of harmony and prosperity had begun. 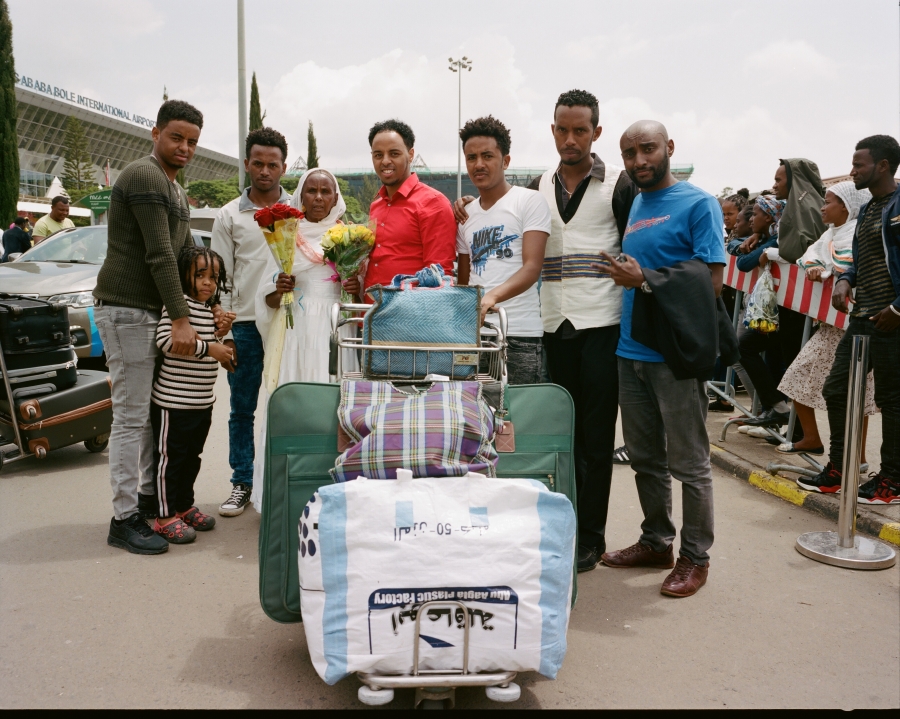 A family stands together for a picture at Bole International airport in July 2018, following the peace deal between Eritrea and Ethiopia.

But for Berhe, the moment was bittersweet.

“I was happy because it is good for our people but I was also sad, because it doesn’t make any change for me,” he said from his home in Ethiopia’s capital, Addis Ababa. “I will stay as a refugee.”

Like many other Eritrean emigrants, Berhe fled the country illegally to escape national service. He fears that if he returns, he will wind up in jail, or worse. He does not have a passport and has not left Ethiopia since he arrived on the back of a cargo truck 13 years ago. His two daughters, Sarah, 9, and Ella, 11, for whom he is an only parent, have never seen their grandparents or their father’s homeland.

Now that there is a direct flight, Berhe is planning on sending the girls to see their relatives. But before he considers returning, he will need some sort of guarantee from Eritrea’s President Isaias Afwerki, who leads the ruling People’s Front for Democracy and Justice, that he will pardon those who left.

“The people that illegally escaped, the government thinks that we are traitors,” he said. “There are many, many like me, all over the world, too afraid to go back.” 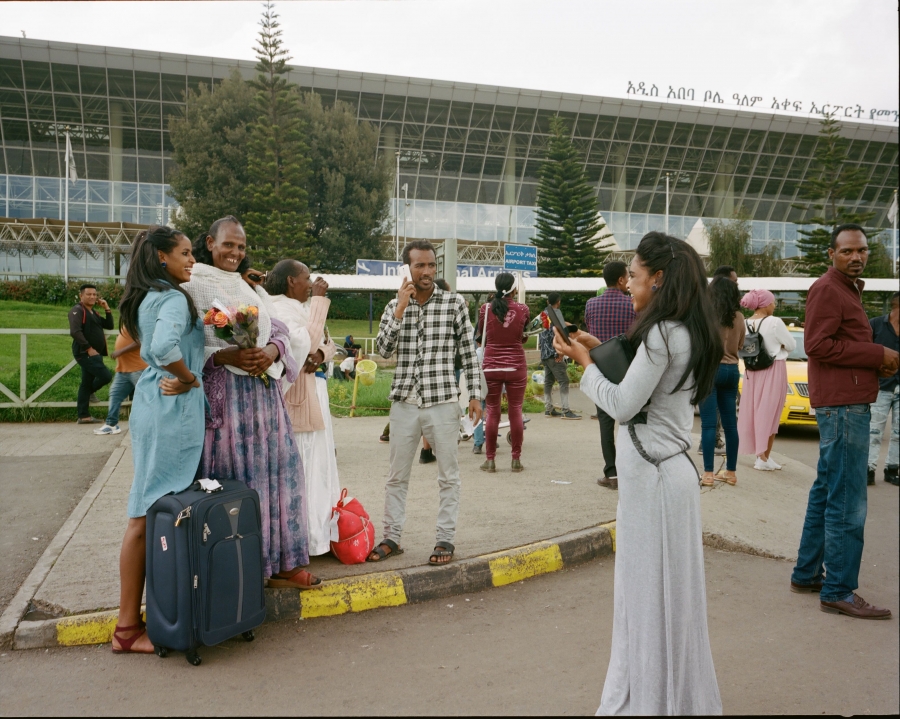 Still, hundreds fought to board the first flights between the two capitals throughout July and August. Asmara’s and Addis Ababa’s airports became symbols of the reunification as hordes of people awaited their relatives with bouquets daily, some whom they hadn’t seen for more than two decades.

“When I see the people at the airport, smiling, laughing, reuniting with their family, I wish to be like them. To be free. They are lucky,” Berhe said.

Zala Mekonnen, 38, an Eritrean Canadian, who was one of the many waiting at arrivals in Addis Ababa, said she had completely given up on the idea that the two nations — formerly one country — would ever rekindle relations.

Mekonnen, who is half Ethiopian, found the 20-year feud especially difficult as her family was separated in half. In July, her mother saw her uncle for the first time in 25 years.

“We’re happy but hopefully he’s [Afwerki] going to let those young kids free [from conscription],” she said. “I’m hoping God will hear, because so many of them died while trying to escape. One full generation lost.”

Mekonnen called the peace deal with Ethiopia a crucial step towards Eritrean democracy. But Afwerki, the 72-year-old ex-rebel leader, will also have to allow multiple political parties to exist, along with freedom of religion, freedom of speech and reopening Asmara’s public university while also giving young people opportunities outside of national service.

“The greeting that Afwerki received here in Ethiopia [following the agreement to restore relations], he didn’t deserve it,” said Mekonnen. “He should have been hung.” 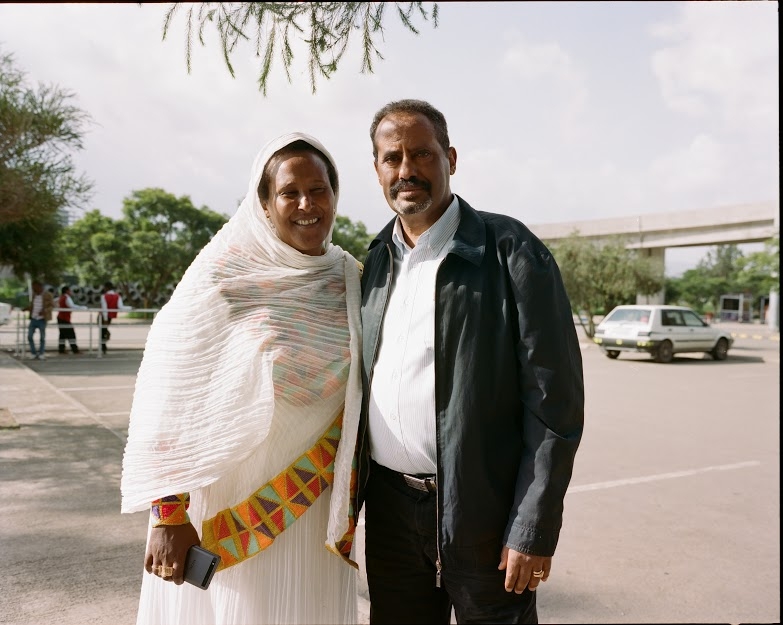 Zala Mekonnen’s mother and uncle pose for a picture as they are reunited after 25 years apart.

Since the rapprochement, Ethiopia’s leader, Abiy Ahmed, has reached out to exiled opposition groups, including those in Eritrea, to open up a political dialogue. The Eritrean president has not made similar efforts. But in August, his office announced that he would visit Ethiopia for a second time to discuss the issue of rebels.

Laura Hammond, a professor of developmental studies at the School of Oriental and African Studies in London, said that it is likely Afwerki will push for Ethiopia to send Eritrean refugees seeking asylum back to Eritrea.

“The difficulty is that, while the two countries are normalizing relations, the political situation inside Eritrea is not changing as rapidly,” Hammond said. “There are significant fears about what will happen to those who have left the country illegally, including in some cases escaping from prison or from their national service bases. They will need to be offered amnesty if they are to feel confident about returning.”

To voice their frustrations, thousands of exiled Eritreans gathered in protest outside the UN headquarters in Geneva on Aug. 31. Amid chants of “enough is enough” and “down, down Isaias,” attendees held up placards calling for peace and democracy. The opposition website, Harnnet,wrote that while the rapprochement with Ethiopia was welcomed, regional and global politicians were showing “undeserved sympathy” to a power that continued to violate human rights. 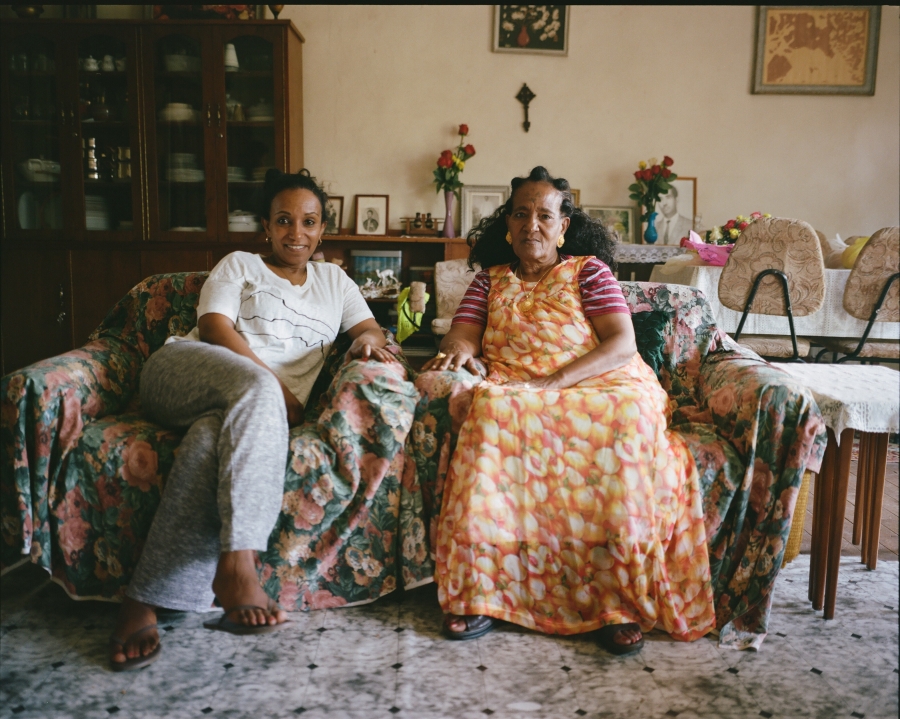 Semrat Taddese, 41, and her mother pose for a picture in her father’s family home in the Kebele neighborhood of Addis Ababa. Taddese’s father was Ethiopian, while her mother is Eritrean.

Sitting in front of the TV, Berhe’s two daughters sip black tea and watch a religious parade broadcast on Eritrea’s national channel. Berhe, who has temporary refugee status in Ethiopia, admits that one thing that the peace deal has changed is that the state’s broadcaster no longer airs perpetual scenes of war. For now, he is safe in Addis Ababa with his daughters, but he is eager to obtain a sponsor in the US, Europe or Australia, so that he can resettle and provide them with a secure future. He is afraid that landlocked Ethiopia might cave to pressures from the Eritrean government to return its refugees in exchange for access to the Red Sea port.

“Meanwhile my girls say to me, ‘Why don’t we go for summer holiday in Asmara?’” he laughs. “They don’t understand my problem.”