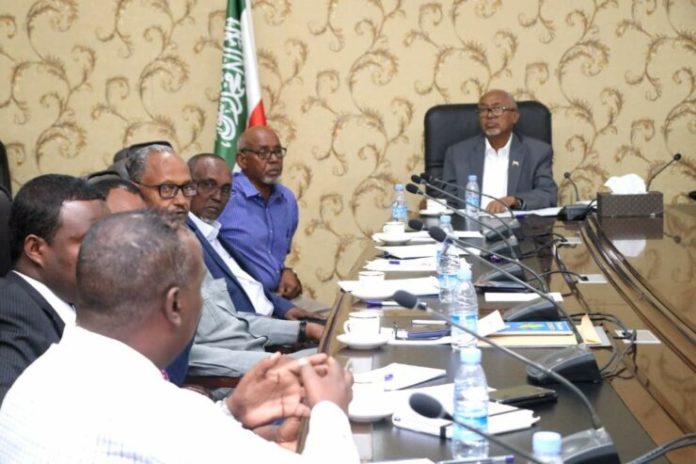 Hargeisa–Council of Ministers have accused Somalian Federal Gov of inciting violence and insecurity in the region. Somaliland government has sent an urgent plea to the international community, accusing Somalian authority of constantly engaged in diplomatic war with Somaliland. This is a prove that Somalia has enormous acrimony towards Somaliland populace, said in the statement. This was stated in a press statement issued from the presidency after the cabinet ministers held its weekly meeting while the deputy Somaliland president chaired. In the press release, Somaliland has informed the int’l community that Somalia does not have democratically elected gov that represents the public. The leader in Villa Somalia has been installed where he was elected by clan delegates. The Somaliland gov has further said that the world should not compare with Somalia’s frail gov where SL has a gov that was elected by one man one vote and held six consecutive elections since its inception in 1991. Somaliland said that the world acknowledges that Somaliland is committed to have close cooperation, and to be part of the nations that is determined to observe peace. The Somaliland authority has clearly asserted that his administration is ready to hold talks with Mogadishu installed gov in an international venue but Somalia skipped Nairobi talks while the int’l community representatives were in attendance. The council of Somaliland ministers have called on citizens to remain ready to protect and defend their nation. Somalia authority protested against the visit of Somaliland leader to Guinea and cut diplomatic ties with Guinea according to an announcement made by its FM, Ahmed Isse in Mogadishu on Thursday.  Political analysts have questioned why Somalia did not severe ties with the UAE where the incumbent Somaliland president was received with red carpet treatment.