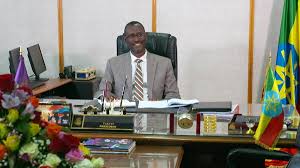 Commercial Bank of Ethiopia (CBE) has planned to set up branches in Somaliland but it has expressed its reservations that the enclave’s lack of international recognition could be a bit problematic.

According to state affiliated newspaper, the Ethiopian Herald, reported on Friday that (CBE) has planned to set up branches in the region including Somaliland.

Senior Bank officials have conducted as assessment and market researches to base its decision whether it is possible to establish branch in the country.

The Herald reported that Commercial Ban k of Ethiopia is planning to expand its business presence in the Horn of Africa which is prompted be efforts that there is a room for regional integration.

Somaliland has promised to create financial and investment laws which will pave the way to lure foreign based organizations and banks to come to Somaliland and start its operations.

Ethiopia’s Commercial Bank officials hope that the pioneering into Somaliland markets will open doors to other Ethiopian banks and agencies to set foot in Somaliland and start operations.

The Parliament of Somaliland is expected to pass the financial and foreign investment laws by January, 2020.

Zekarias Mekonnen, Director responsible for Investment and Management at CBE, is being tasked to oversee the assessment and market researches that the bank is conducting in Somaliland.

He said that Somaliland has taken bold steps and the creation of financial laws will offer opportunities for regional banks to come to Somaliland and start operating as this is part of the integration process in the Horn.

“We are working to scale up our financial, technological and human potential to use the opportunity and extend our destinations in neighboring countries. It also requires economic profit and operational cost and market viability assessments.” “We have already finalized the first draft of such assessments and will be discussed at managerial levels.”

The stability, growing foreign direct investments and average GDP make Somaliland a preferable market opportunity, Zekarias added. However, he said global compliance is the challenge that would face investment in the country for the country is not fully recognized by the international community.

This is not the first time that CBE has opened its branch in neighboring countries. The bank has previously opened branches in Djibouti, South Sudan while the plan to open in Sudan has been briefly delayed because of the recent political situation in the country.

The first objective of doing business in neighboring countries is to foster regional economic integration and ensure free movements of capital and investment besides maximizing profits.