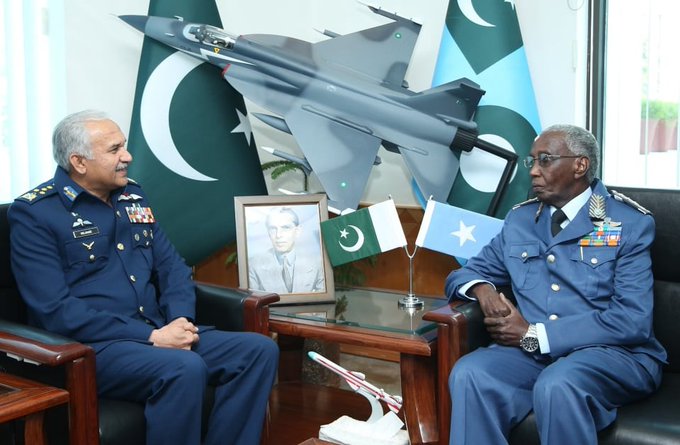 He was presented with the Guard of Honour by a smartly turned out contingent of PAF. Later on, he called on the Air Chief, in his office. Various matters of professional cooperation and mutual interest came under discussion during the meeting.

Commander Somali Air Force lauded the glorious history of Pakistan Air Force and also acknowledged the endeavours made by PAF in modernization and indigenization of its fleet in recent years.

Highlighting the cordial relations between Pakistan and Somalia, the Air Chief offered support and cooperation in the field of military training to Somali Air Force. Both the dignitaries discussed ways and means to further enhance mutual cooperation between the two air forces.