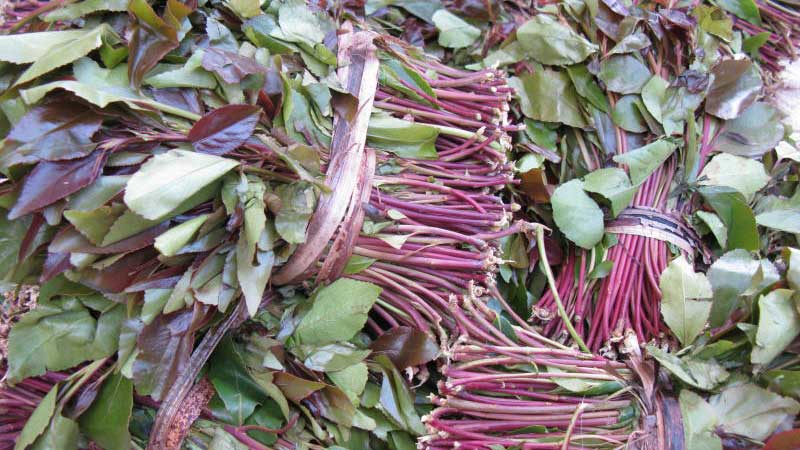 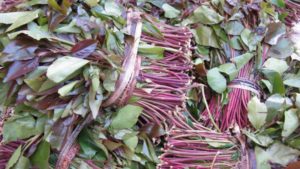 The battle for the billions in the miraa business has taken off into airspace, with some airlines resorting to brazen anti-competitive behaviour to gain an edge over their rivals.
So fierce is the fight that some operators have blatantly broken aviation rules by flying the stimulant to as far as Somalia in passenger planes that are not configured to carry cargo.
On January 28, 2018 the Kenya Civil Aviation Authority (KCAA) called a meeting of all directors of airlines and directed verbally that all non-cargo configured Fokker 50 planes should stop flying cargo out of the country. The regulator later issued a notice on the directive. At least five operators were subsequently locked out of a Sh5.2 billion lucrative business of airlifting perishable miraa to Somalia. Some of the players, who did not want to be named fearing reprisals, said their efforts to ask for more time to reconfigure the planes fell on deaf ears. Reconfiguring of a single Fokker 50 plane would take a minimum of six months at a cost of Sh70 million, almost half the cost of acquiring a new one at Sh150 million. Stay informed while on the go by subscribing to the Standard Group SMS service. Text the word ‘NEWS’ to 22840. At the time, only Jetways Airways had two cargo-configured planes and hence continued with its flights. Weekend Business has learnt that about three aircraft continue to flout this directive, gaining an upper hand over their competitors whose aircraft are growing mold at the hangars for disuse.   This accusation brings into question the role of KCAA, with some players claiming the regulator might have knowingly looked the other way.

KCAA Director General Gilbert Kibe said he was yet to receive a complaint, telling Weekend Business that those with issues should write to him directly so that the authority is seized of the matter. “Tell your source to write to me that so and so is using passenger-configured aircraft to transport cargo,” he said by telephone. Mr Kibe said that by using passenger planes to ferry miraa, those operators were in contravention of the law and will be punished. He also discounted the claim that it would cost Sh70 million to configure a plane, saying the amount ranged between $100,000 (Sh10 million) and $300,000 (Sh30 million). Violation A select group of companies without non-cargo configured Fokker 50 planes continued carrying cargo to Somalia and Juba as early as February with the tacit knowledge of KCAA. Others were not allowed. We are in possession of manifests which show the movement of these aircraft to as far as Somalia.

Surprisingly, this blatant violation of the law was being done at a time when the country’s aviation rules were being reviewed by the International Civil Aviation Organisation (ICAO). ICAO is the international aviation regulator that allowed Kenya Airways to fly directly between Nairobi and New York. So far there are only three cargo-configured aircraft in Kenya. In a day, about 30 tonnes of khat can be airlifted to Mogadishu. That is the equivalent of six Fokker aircraft loads of cargo, but there are those which can carry more. The trade is estimated to be worth around Sh5 billion a year. “Miraa business is very lucrative there. You try to stop it, even as a president, you can be killed,” said a pilot who frequently flies to Somalia. The crackdown on aircraft flouting air cargo regulations by KCAA in January saw miraa consignments worth millions destined for Somalia and Somaliland go to waste, with some traders urging Kenya Airways to venture into the business. “We feel that this will also open the door for many small scale exporters to venture into the miraa distribution chain at the lucrative export level. At the moment, only those that can afford to hire full aircraft which costs up to Sh1.5 million per trip to Somalia (are in the business),” Nyambene Miraa Traders Chairman Kimathi Munjuri was quoted saying.