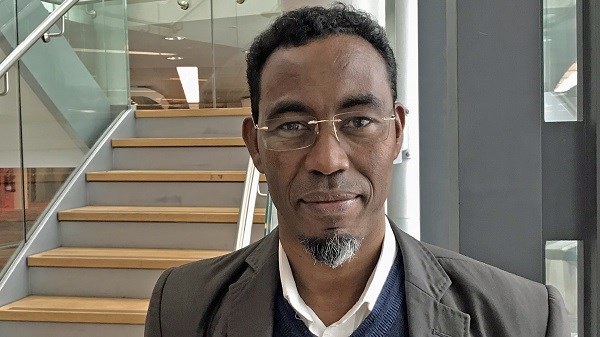 “My dream is to reach every district, every village in the regions, everywhere in Somalia, so that my ambulances can reach there and serve them.” – Dr. Abdulkadir Abdirahman Adan, Founder of Aamin Ambulance

Somalia’s only free ambulance service, Aamin Ambulance, is in need of funding for sustenance having operated for 13 years on donations by generous Somalis and out of pocket funds by its founder Dr. Abdulkadir Abdirahman Adan. Dr. Abdirahman Adan established Aamin Ambulance in 2006 when he noticed that the war-torn city of Mogadishu lacked the essential service of an ambulance.

He’d often witness the sick and injured being transported to a hospital on a wheelbarrow and he knew he had to do something. “The people were using wheelbarrows to take victims to the hospital. Even pregnant women were taken to the hospital in wheelbarrows,” he told NPR. “I asked myself, ‘What can I do?’ And decided to start my own ambulance, a free ambulance,” he said.

Dr. Adan bought a minibus, revamped it and started using it as an ambulance to transport the sick, heavily pregnant women, and people who got injured from accidents or the ongoing violence to the hospital. All people had to do was dial 999 to reach a dispatcher. However, the demand was so much Dr. Adan realized one minibus won’t do. He began soliciting donations from friends, family and even his students at the universities where he lectured part-time. He also visited open-air markets and shops to seek donations to expand Aamin Ambulance.

Today Aamin Ambulance Service has a fleet of 20 ambulances, a driver for each, and a staff of 35, many of whom are students and volunteers. The volunteers are not paid but they have some of their expenses like transportation is taken care of.

Aamin Ambulance is the only free ambulance service in Mogadishu, a city of over two million people, operating solely on donations. Two of its ambulances were donated by the World Health Organization. Walkie-talkies were donated by the United Nations Development Programme. The British embassy in Mogadishu has organised a marathon to raise funds for Aamin. And sometimes Dr. Adan gets in-kind donations like fuel or tires to keep his organization in operation.

In the last quarter of 2018, Dr. Adan considered cutting down on staff and the hours of service Aamin Ambulance offered due to a lack of funding. At the time, Aamin Ambulance could only afford to operate 10 of 16 ambulances it owned. This worried Dr. Adan because asides from being the first responders to accident scenes and victims of violence, Aamin Ambulance also offers paramedic care to critically ill people before they are taken to a hospital.

“Every person in this life has a purpose and the most valuable thing for me is human life. That is my driving force,” he told the BBC. Dr Adan would like to see Aamin Ambulance expand to cover the whole of Somalia. He envisions a future where avoidable deaths due to a lack of urgent medical care do not exist in the country.