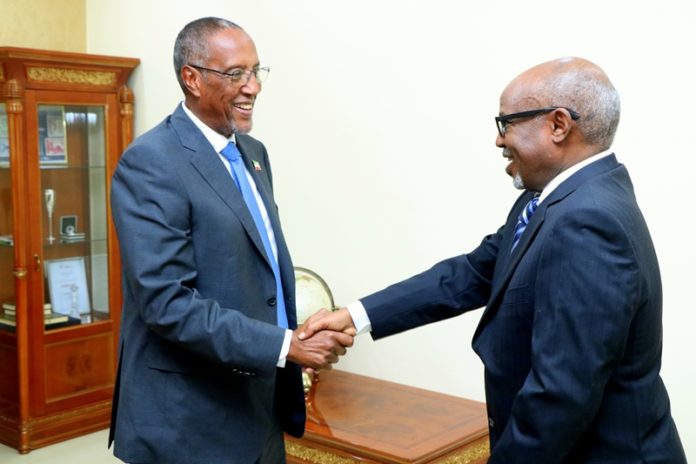 HARGEISA– The President of Somaliland His Excellency Musa Bihi Abdi has on Tuesday received at the presidency the newly appointed Ethiopian General Consul to Hargeisa, Hon. Shamsudin Ahmed Roble.

The president of the republic has praised Ethiopia for naming a diplomat who has serving in the region for quite some time and is a protagonist.

Mr. Bihi has hoped that the consul will further boost the existing bilateral ties between Ethiopia and Somaliland.