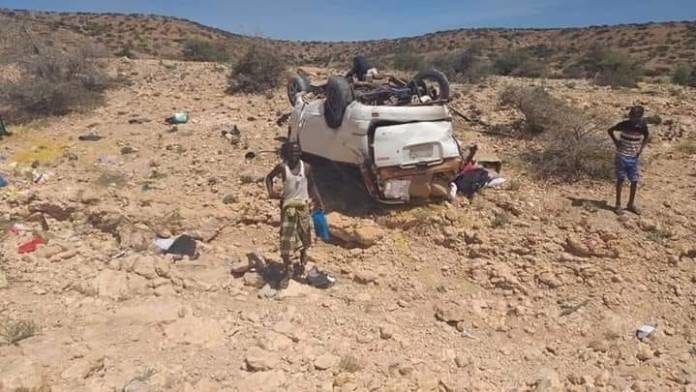 7 people have died and several others were injured in a car accident on the highway between Burao and Sheikh.

The mini-van has overturned in Kalasharka locality between the 4 km north of Burao.

So far seven people have been confirmed dead from the accident.

The vehicle left Hargeisa in early morning and was headed to Buhodle town in eastern Todger province.

Togder regional authority and traffic police are yet to comment on the tragic accident that is the deadliest road accident this year.