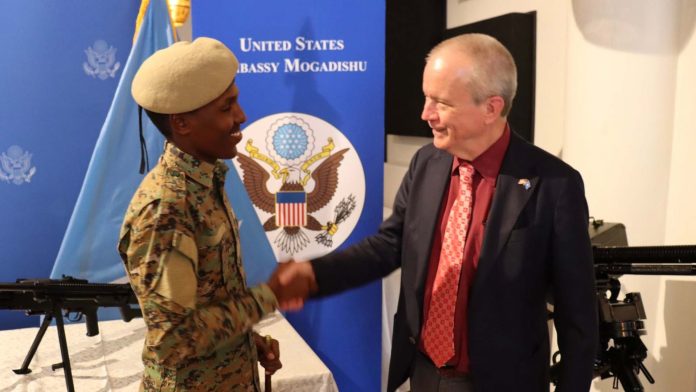 The United States on Sunday donated $9 million in weapons to Somalia’s army in a ceremony held at the heavily fortified Halane base in Mogadishu as government forces continue an offensive against militants.

US ambassador to Somalia Larry Andre handed over the donation of weapons to Somali Minister of Defense Abdulqadir Mohamed Nur, who thanked to Washington for its continued support to Somali commandoes. He urged other Western countries to follow suit.

US military has carried out a number of air strikes over the past weeks in support of Somali special forces participating in military offensive against Al-Shabaab insurgents in Hiran and Middle Shabelle regions.