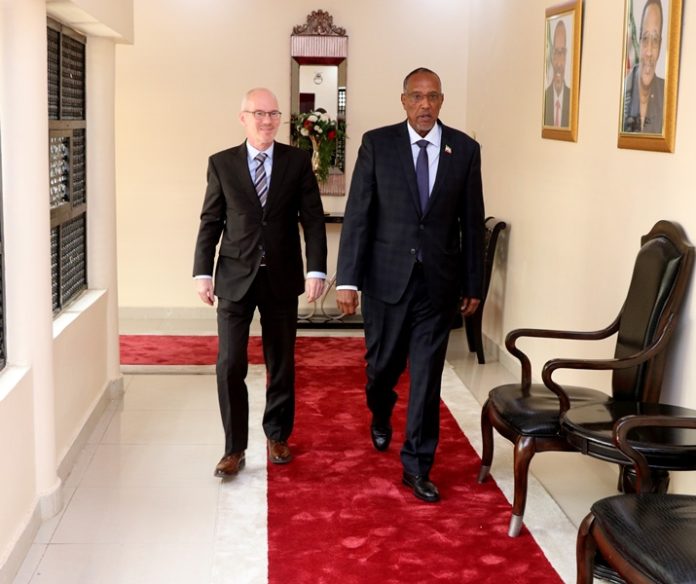 Hargeisa, 28 July 2019 – In meetings with Somaliland’s leadership today, the United Nations Secretary-General’s Special Representative highlighted the importance of building on Somaliland’s achievements as well as preparing for upcoming elections there.

“Critical to that is finding ways of resolving differences peacefully and constructively, and maintaining open channels of communication,” the UN envoy, James Swan, told the media after meeting with Somaliland’s President Musa Bihi Abdi and his ministers in the capital.

“We also discussed the importance of completing the necessary preparatory work to proceed to credible parliamentary and local elections very soon,” he added. “In that context, I was pleased to learn of the agreement reached yesterday among political parties that we hope will lead to these elections on an early timeline.”

Addressing the same media encounter, Somaliland’s Minister of Finance, Sa’ad Ali Shire, said a wide range of issues had been discussed, including forging closer cooperation and how to further scale up the UN’s local development activities.

“A common understanding on how to strengthen the relationship and cooperation took centre stage during the discussions,” the Somaliland official said.

The two-day visit to Hargeisa was the UN envoy’s first since assuming his post in late June. Asides from meeting with the local leadership, he was also there to help strengthen UN collaboration regarding humanitarian activities, economic development and capacity-building for local governance and service delivery. 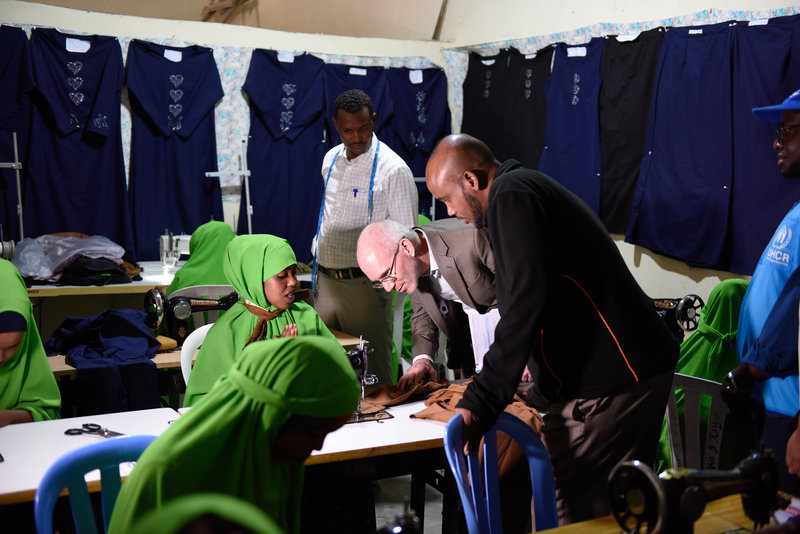 Mr. Swan was accompanied by senior officials from the world body’s UN Development Programme (UNDP), Food and Agriculture Organization (FAO) and the Office of the UN High Commissioner for Refugees (UNHCR).

While in Hargeisa, the UN envoy saw first-hand some of the work being carried out locally by the world body to help address humanitarian needs and longer-term development goals.

This included visiting on Saturday a livelihood projects backed by UNHCR, in which participants were taught skills in areas such as electrical work and clothes-making.

“It was inspirational to see the practical training being provided to equip refugees and asylum-seekers to support themselves and their families, and also to contribute to the host economy,” Mr. Swan said about the visit.

He also met on Saturday with the administrators of Somaliland’s Civil Service Institute – which is supported by the Ministry of Interior and UNDP – and was taken on a tour of the Institute’s premises.

“It was interesting to meet public officials working to overcome the challenges of developing local government which is both accountable and responsive to those using local services,” the UN Special Representative said.

In his various encounters, Mr. Swan reiterated the world body’s commitment to supporting Somaliland, including in his meeting with local women leaders on Saturday. In that gathering, he heard first-hand about the progress and challenges faced by women locally. 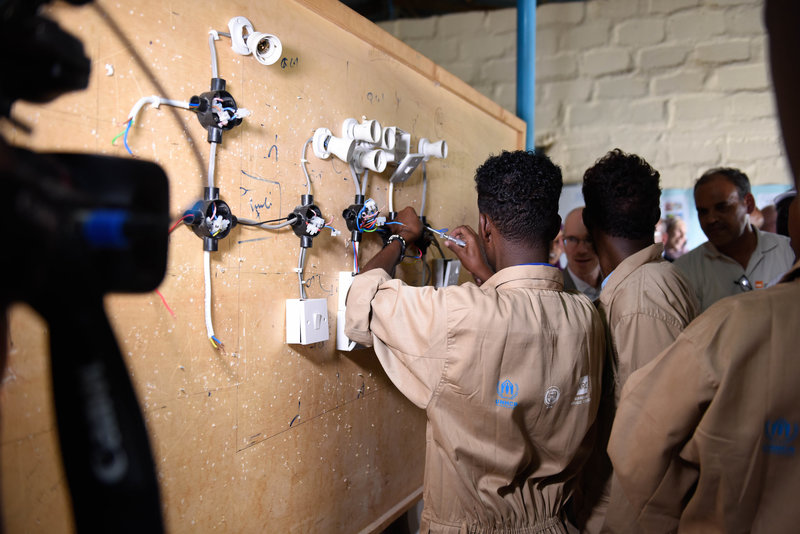