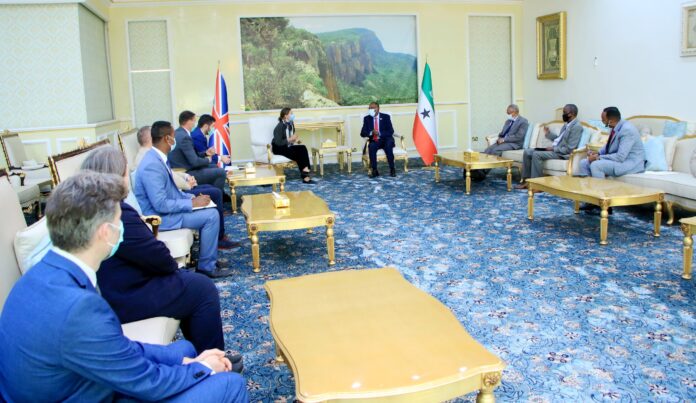 SL President H.E Musa Bihi Abdi has received British envoy to Somalia, Kate Foster, at his office on Monday. The two leaders have discussed ties between the two nations. This is the first visit that UK ambassador to Somalia, Ms. Kate Foster has visited Somaliland since her appointment. Ms. Kate Foster, UK’s ambassador to Somalia was accompanied by Mr. Stuart Brown, head of UK mission office to SL during the meeting at the presidency. At the meeting, the talks centered on boosting the bilateral ties between the UK and SL The presidency said in a statement that incumbent SL leader briefed the UK top diplomat to Somalia on the progress that SL made in the areas of multi party democracy. Somaliland recaptured its lost independence from Italian Somalia in 1991. The discussion also touched upon UK’s support to SL in the areas of socio-economic development projects and the current state of affairs of Horn of Africa.