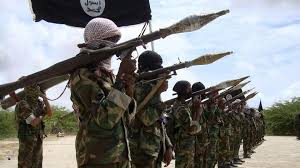 NAIROBI (Reuters) – A U.S. air strike killed a facilitator for an Islamic State-aligned militia in northern Somalia, a statement from the American military’s Africa Command said on Sunday.

There were no further details given about Saturday’s hit in the northern Golis mountain region.

Somalia’s main Islamic insurgency, al Shabaab, has sworn allegiance to al Qaeda and has frequently fought with a splinter militia in the north that has pledged allegiance to IS.

The United States carries out regular air strikes in Somalia in support of a weak, United Nations-backed government in Mogadishu, which has fought al Shabaab for years.