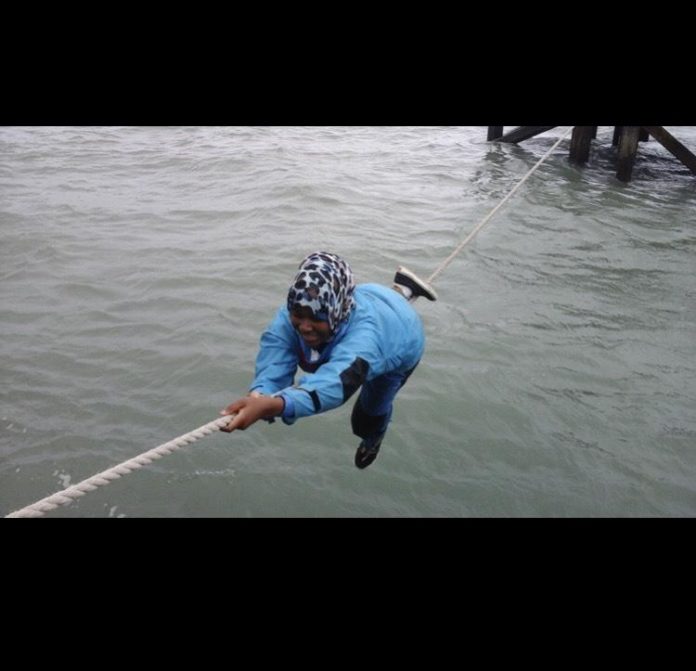 A frightened teenager who spent three years locked indoors as war raged outside is now a pupil at Windsor Girls School who gives inspirational talks to other young people.

Rukayyah Yussuf came to Slough aged 14 after being imprisoned inside by her grandmother as war raged in her native Somalia. She arrived in England with no friends or family and could not speak the language.

She struggled to communicate with her foster family in Slough, until she signed out for an Outward Bound life skills course in Wales – organised by an educational charity that helps young people develop confidence through strenuous outdoor activities from rock climbing to canoeing, camping, caving and hiking.

The course is part funded by Dulux in Slough.

On the first day of the course Rukayyah was too shy to even talk to anybody.

She said: “I’ll never forget the warmth and kindness from the instructors and everyone at the centre – their encouragement helped me get better each day and I could see myself achieving a little more each day.

“It was like a lifetime of lessons compressed into three weeks. I used every sense, every skill, every limb, every milligram of energy in the shortest space of time possible. I know that this was more than an educational experience. From teamwork to leadership skills, I learnt that I could apply myself to any situation.

“As a child I used to look at the planes in the sky and dream of being a pilot so I could travel the world, but for a child in a village in Somalia it was just a fantasy – an impossible dream, but now I believe my dream could come true.”

From school assemblies to an audience with The Duke of Edinburgh and speeches at Buckingham Palace, she has shared her story publicly to inspire others.