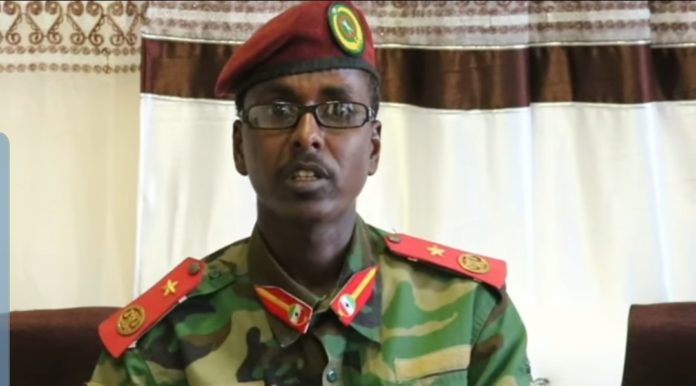 He said that he relinquished his posts at the military whereby the sitting Somaliland president bestowed upon him.

He cited that his mind and heart were with Puntland provincial authority in Somalia and pledged to serve areas under its control.

The reasons for his abandoning is that he accused the incumbent Somaliland Head of State that he has no respect the country’s constitution.

He also stated unequivocally that institutions delegated the duty to promote justice have failed to protect and preserve the justice.

He reiterated that the aforementioned reasons prompted him to desert from Somaliland and joined ranks with Puntland.

He accused the newly assumed Somaliland police boss of segregating the police force on the basis of dirty clannish sections.

He also revealed that the police boss is doing all of that under the watch of President Bihi.