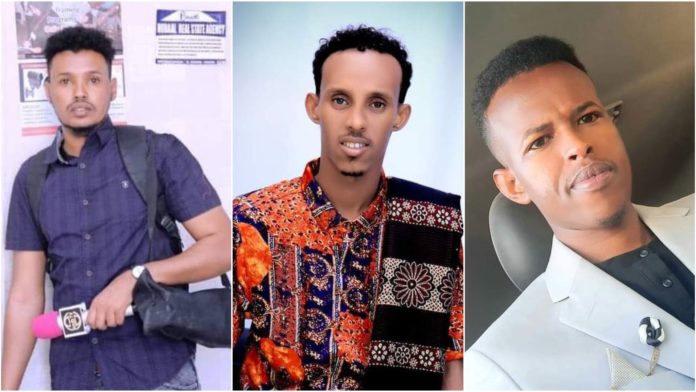 On 26 December, Somaliland police in Lasanod detained Holhol Media journalist, Abdifatah Mohamed Abdi who also reports for Saab TV after he posted a video clip in which Lasanod residents appealed President Muse Bihi Abdi to fire the Governor of Sool region Abdikarin Adan Haji Diriye citing “mismanagement and sowing division among the community”. According to colleagues and family members, the journalist’s detention was ordered by Governor Diriye.

On Thursday 30 December, the police detained two other journalists: Universal Somali TV reporter, Abdikhadar Farah Abshir and freelacer Hamze Abdirahman Ahmed following the orders of Governor Diriye.  The detention of the two reporters also follows after they reported interviews featuring complaints by Lasanod elders and members of the community criticising Governor of Sool region and demanding his removal.

Somaliland police officials in Lasanod and the Governor of Sool region Abdikarin Adan Haji Diriye did not respond to SJS inquiry about why he ordered the arrest of the journalists who are held at the Lasanod police station. No charges were brought against them so far.

“We are extremely concerned by the actions of the Governor of Sool Abdikarin Adan Haji Diriye who had personally threatened the three journalists and ordered their arrest just for conducting interviews critical to him,” the Secretary General of Somali Journalists Syndicate (SJS) Abdalle Ahmed Mumin said “We call for Governor Diriye to stop threatening journalists and release Abdifatah Mohamed Abdi, Abdikhadar Farah Abshir and Hamze Abdirahman Ahmed from the detention.”

SJS is also concerned by the growing pressure and threats against independent journalists in Kismayo after Jubbaland intelligence officers summoned journalists on 20 December and instructed to keep off any coverage related to election dispute and complaints. A senior Jubbaland intelligence officer called Basaam had threatened journalists with harsh consequences should they report complaints about the results of election of the Lower House seats in the state.

On 28 December, a group of journalists covering the election of Lower House seats in Kismayo’s Daawad hall were threatened with arrest and beating and their camera equipment taken to prevent the journalists’ independent coverage that day.

Early on Thursday 30 December, al-Shabaab fighters raided and destroyed the studio of the privately-owned Radio Bal’ad in Bal’ad town, about 30km north of Mogadishu during an armed attack which resulted intense gun battle in the town.   Journalists and other staff fled the studio before the attack and were all unharmed.