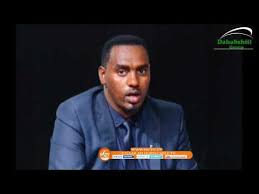 Somaliland Journalists Association is deeply concerned and worried about the deteriorating health situation of Abdikadir Coday-editor in chief of HCTV jailed in 17 November 2019. He was in detention nearly two months after  HCTV broadcasted a  news

Abdiqadir Coday who is held in the C.I.D have felt massive health problems, he was hit by hypertension and cardiac problem that has left him the police called Doctors to assist him over 5 times while in detention.

Journalists Abdikadir was illegally detained by the police irrespective and over-look with Somaliland media law by detained illegal procedures and the initiated government and media agreements aimed at improving media freedom.

Somaliland Journalists Association is firmly calling towards the government to immediately release Abdikadir due to the unforeseen health complications to get medication and keep the court process open until court decisions until the final judgment. We are concerned and uncertainly worried about if this is not taken seriously.

On the other hand, we welcome yesterday’s Sanaag regional court release of journalist Abdirahman Hidig on bail and the court will carry out while outside.

Finally, on this new year 2020, we are calling the government to make tangible efforts towards improving the media freedom and respecting independent media voices to enjoy legal rights and we strongly recommend the government to provide cordial attention to the comprehensive draft media bill which is submitted to the Ministry of Information.