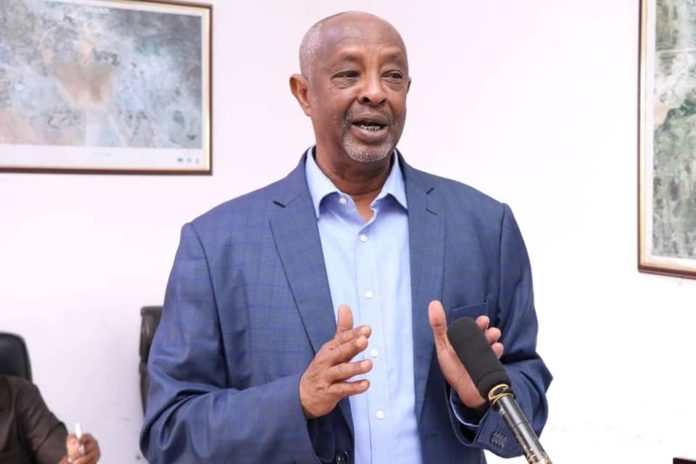 Mohamed Kahin Ahmed, the interior minister today has said that Somaliland and Djibouti have no dispute regarding the submarine communications cable.

The minister has reiterated that the cable is laid outside Somaliland territorial waters and will not land in Berbera.

The statement from the minister comes a day after his Djibouti counterpart, Mumin Ahmed Sheikh visited Somaliland capital Hargeisa.

The Djibouti delegation was greeted by the minister of home affairs flanked by the defense minister, the nephew of the president, lawmakers from both houses of parliament.

SL interior minister Mohamed Kahin stated that the delegation has not come to the country for political affairs but to pass condolences to the family of the late Ahmed Abdi Kahin who is mourning his death.