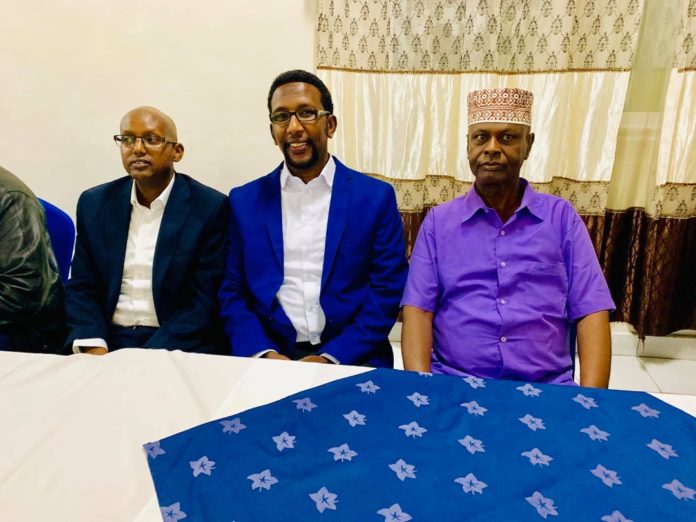 Earlier Tuesday, President of Somaliland, Muse Bihi Abdi ordered the release of detained opposition leaders after meeting with a committee of businesspersons and religious leaders who stood up to mediate the opposition political parties and the government.

The council chairman Mohamed Ahmed Farah said in a media conference, the elders, acting on their own accord met with President Muse Bihi and Waddani leader Abdirahman Irro separately.

“The president accepted our plea to release the officials of Waddani party and ordered the security officials to release them,” Farah said. On 17th November 2019, the police in Somaliland arrested Khadar Hussein Abdi, the secretary-general of Waddani, and the spokesperson of the party, Barkhad Jama Batun.

Earlier that day the leadership of the party called its supporters to gather at the party’s headquarters to “receive information.”

The Police Commissioner, Mohamed Adan Saqandhi, called the announcement illegal and warned they would prevent the gathering to happen.