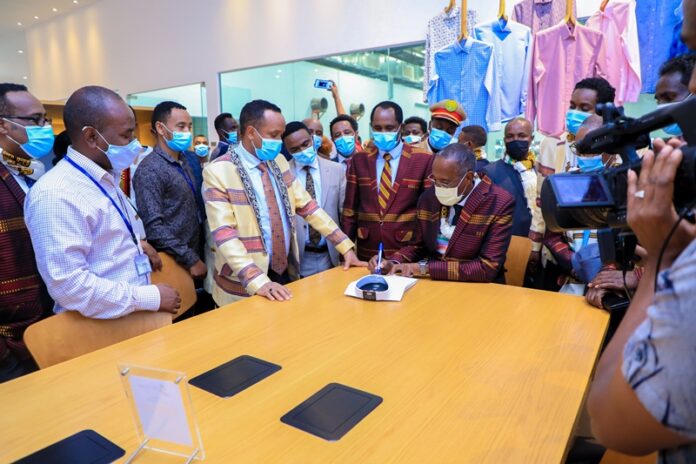 President of Somaliland, HE. Muse Bihi Abdi  who is on official working visit to Ethiopia visited Hawassa Industrial Park today.
The visit of Sidama National Regional State President Mr. Desta Ledamo, the FDRE Finance Minister Mr. Ahmed Shide, Foreign Affairs Minister Data Ambassador Rediwan Hussein and Federal and Sidama region higher officials were present.
The guests visited the Hawassa Industrial Park located in Sidama National Regional Government, Medina. They visited the Hawassa Industry Park and the production capacity of the park and the work of the park.
It has been said that Ethiopia is the backbone of the country’s economy with the income from industrial parks. For this reason, it has been said that the role of Hawassa industrial park is a goal.