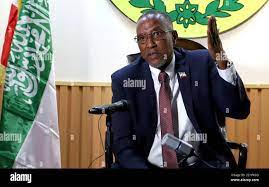 Somaliland’s President Musa Bihi Abdi is due to fly to the United States in March, the first visit since he was elected in 2017. This was disclosed by Somaliland’s Foreign Affairs Minister Essa Keyd. Breifing at a parliament session in Hargeisa, Keyd said the visit follows the arrival of US congressional staff delegation in Hargeisa, whose members held talks with Somaliland, including the President Muse Bihi. Bihi’s anticipated visit comes amid dispute with opposition parties, which won majority in recent parliamentary elections, over an announcement to register new political associations, a move Waddani and Ucid parties have described as a tactic to delay the upcoming presidential vote.