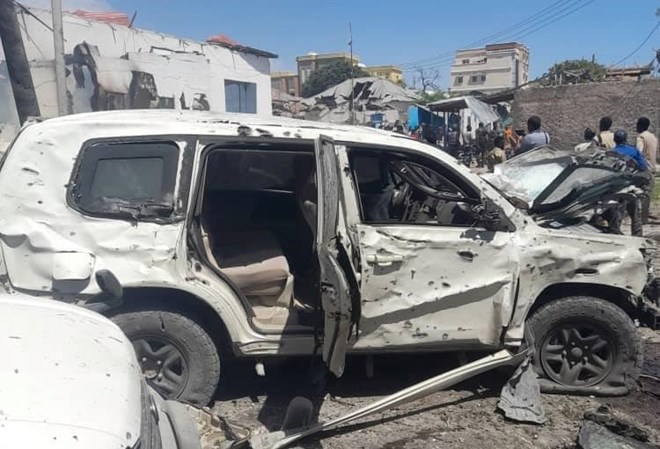 Plumes of smoke were seen billowing into the sky after the heavy explosion.

The silicide bomber used truck laden with explosives and may have been targeting a vehicle carrying Somali soldiers.

Al Shabab militants have claimed responsibility for the blast via its affiliated local media outlets.