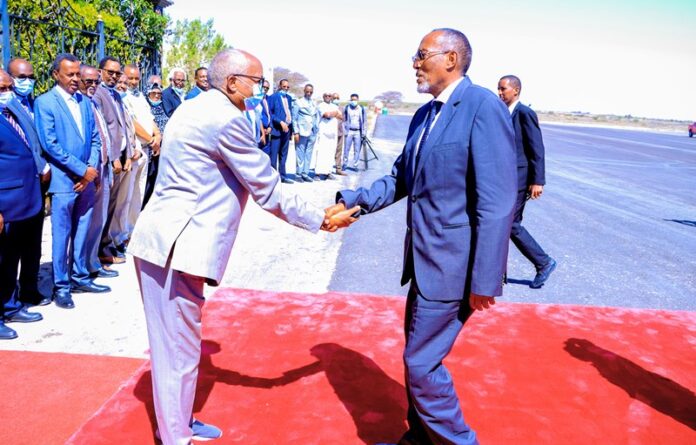 Somaliland President H.E Musa Bihi Abdi today returned home after wrapping up his official visit to Ethiopia. The plane carrying the President and his entourage landed at Egal Int’l Airport. On his arrival at the airport, the President and his delegation was received by SL’s Vice President Abdirahman Sayli’i, members of the cabinet, chiefs of the armed forces, traditional chiefs, politicians and other officials of the government. President Bihi traveled to Addis Ababa and held high level talks with Ethiopian PM Abiy Ahmed. Abiy Ahmed extended President of Somaliland an official invitation