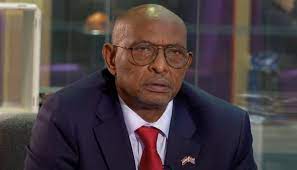 Somaliland Foreign Minister Eise Keyd has played down fears over Ethiopia’s alleged plans to annex the port of Zayla in the break-away state’s western region of Salal as the land-locked, Africa’s second most populous nation remains dependent on the sea port of Djibouti for most of its imports.

In an interview with BBC Somali on Tuesday, Eise Keyd said Somaliland and Ethiopia are working to further advance their bilateral relations, especially on areas of trade, security and education.

On Tuesday, Somaliland President Muse Bihi arrived in Ethiopia for a two-day state visit during which he held talks with Ethiopian Prime Minister Abiy Ahmed, who had invited him to Addis Ababa.

Keyd denied that Tigray conflict was part of the issues discussed during a meeting between Bihi and Abiy, and said Somaliland had not changed its neutral position on Ethiopia’s civil war.

Before wrapping up a two-day visit in Addis Ababa, Somaliland leader Muse Bihi took a tour to the town of Hawassa, the capital of the Ethiopian region of Sidama, Somaliland state TV reported on Wednesday.

Ethiopia sidelined Somaliland since Abiy rose to power in 2018 and attempted to force authorities of the self-proclaimed state to accept a visit by the Somali President Mohamed Abdullahi Farmajo to Hargeisa, which was squarely rejected by region’s politicians.

The National Interest, a US-based international relations magazine reported last week that Abiy Ahmed is setting the stage for a claim to the port of Zayla in an attempt to distract his population from ethnic-based hostilities and crisis. According to the paper, Zayla is also a focal point of the Ethiopian PM’s plans to build a strong Navy, a “military service that makes no sense in an otherwise landlocked country”.